As if he wasn’t already the host of Tampa Bay, Team USA has nabbed Vice President of Street Laced Marketing (as well as host of the Tampa Bay Li 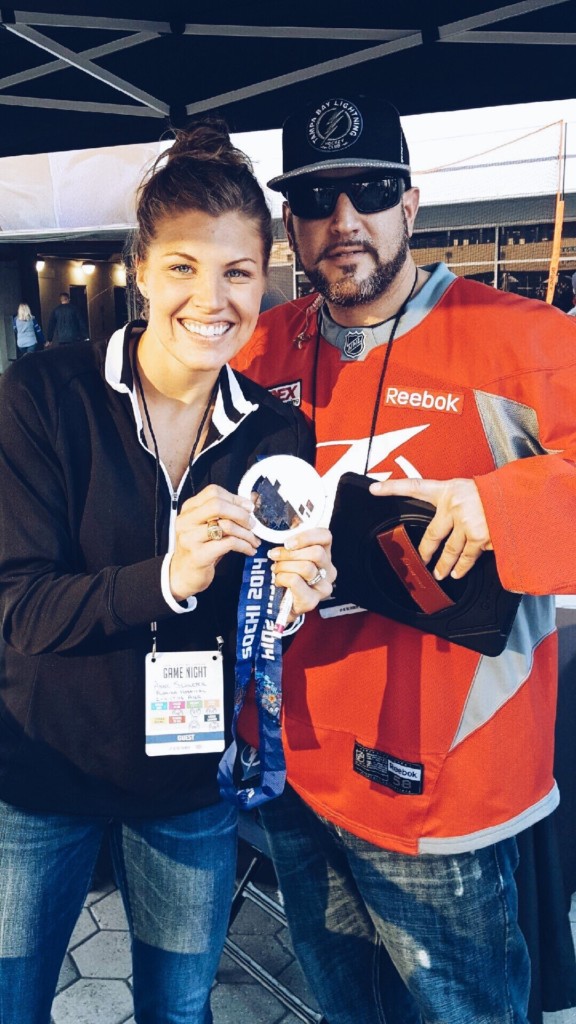 ghtning, Tampa Bay Storm and USF Athletics), Greg Wolf to be their game-day announcer and music maestro for their selection camp for the 2018 Winter Olympics! Greg anchored the final three games of the University of South Florida’s Hockey team for the ACHA regional competition at Florida Hospital Center Ice in February, which helped propel the squad to Nationals in Ohio. Greg surely will keep the energy and vibes in the arena on the highest level to power the ladies through their games and competitions. For more on this amazing event coming to our city: Team USA Coming to Tampa!

COLORADO SPRINGS, Colo. – Forty-two players have been invited to the 2017 U.S. Women’s National Team Selection Camp from April 30-May 4 at Florida Hospital Center Ice in the Tampa suburb of Wesley Chapel. The camp, which will consist of daily practices, off-ice testing, and three intrasquad scrimmages, will be be used to determine the U.S. Women’s National Team roster that will train together and participate in various competitions in the build-up to the 2018 Olympic Winter Games in PyeongChang, South Korea. USA Hockey will unveil the players selected to the U.S. Women’s National Team at the conclusion of the camp on May 5. The team will remain in Tampa for additional training through May 8. The 42 players represent 18 different states. Minnesota leads the way with 10 representatives followed by Massachusetts with six, Wisconsin with four and New York with three, while Alaska, California, Illinois, Michigan, and North Dakota have two. Arizona, Colorado, Connecticut, Idaho, Maryland, Missouri, Ohio, Pennsylvania, and Vermont all have one representative. NOTES: Reagan Carey (Colorado Springs, Colo.), USA Hockey’s director of women’s hockey and general manager of the 2017 U.S. Women’s National Team, will oversee the camp … The selection camp roster includes 14 members of the silver medal-winning 2014 U.S. Women’s Olympic Ice Hockey Team and all 23 players who helped the 2017 U.S. Women’s National Team earn a gold medal at the International Ice Hockey Federation Women’s World Championship in Plymouth, Michigan … USA Hockey’s international council, chaired by Gavin Regan (Potsdam, N.Y.), vice president of USA Hockey, has oversight responsibilities for all U.S. national teams. 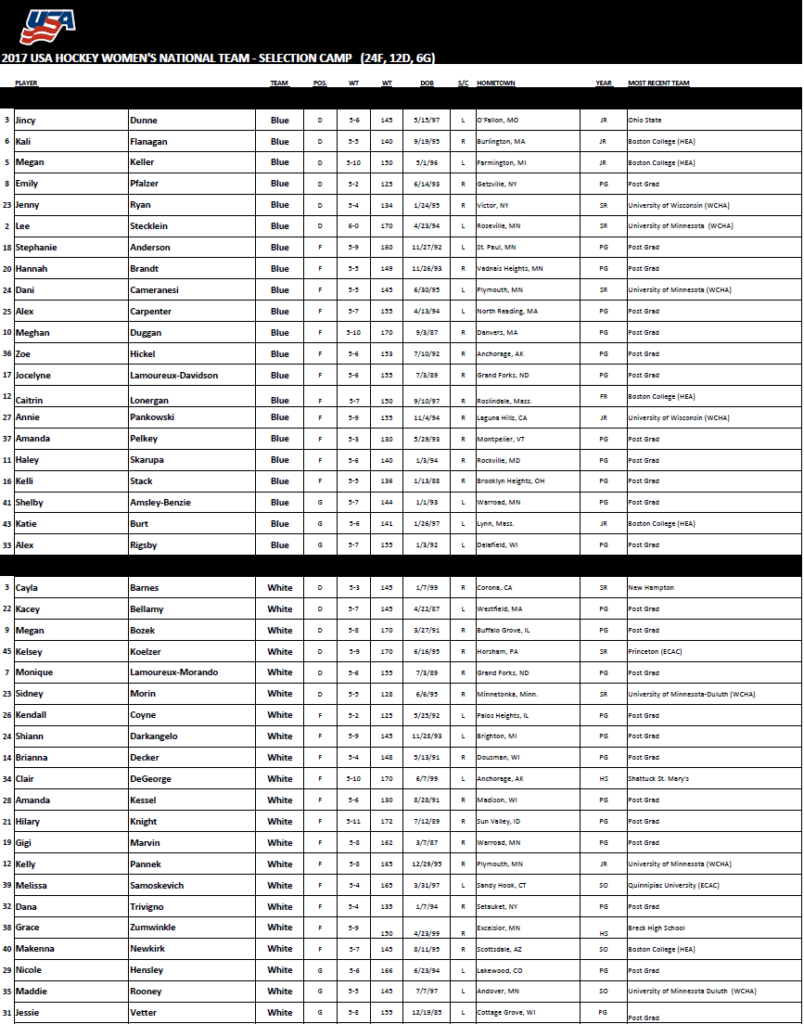