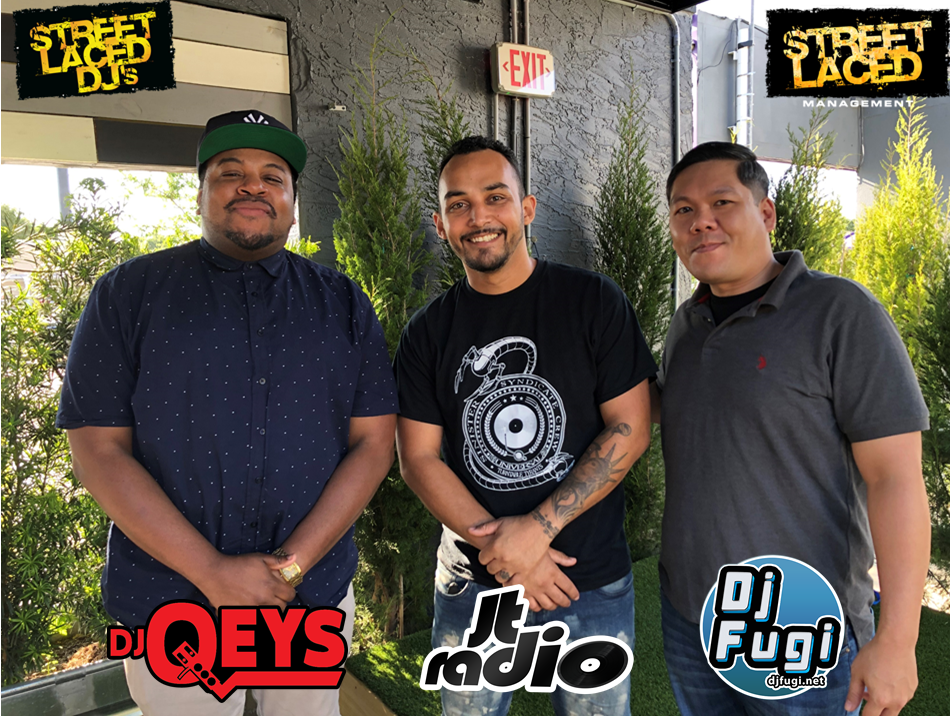 If you’ve lived in the Tampa Bay area for the last decade or more, there is guaranteed certainty that an event YOU have attended, has been powered by Street Laced or been rocked by a Street Laced DJ.
Our roster is one of the strongest, well-rounded and diverse group of individuals representing the DJ community in our city.

We are ALWAYS looking to get better and stronger, and increase our availability to do MORE events throughout the Bay area and beyond.

With that being said, it is with GREAT pleasure to announce today that Street Laced has officially added three more very talented individuals to the Street Laced DJ’s family.
We officially welcome, DJ Qeys, DJ JT Radio & DJ Fugi!

DJ Qeys, member of Alternative Hip Hop/Rock band Samurai Shotgun and Sinister Syndicate Crew, discovered his musical talents as early as the age of 5. His father being a DJ, Qeys was taught the basics of DJing such as mixing, song selection and crowd interaction early in his childhood. He began doing parties, reunions and even weddings alongside his father, DJ Smove, all throughout grade school and into high school.

It wasn’t until he moved to Tampa from Virginia to attend college, that he realized this talent was to be taken more seriously and eventually become his career. DJ Qeys has worked his way to be one of Tampa Bay’s most prominent DJ’s/Turntablists. From producing for multiple artists, releasing a solo EP, opening for acts such as Slick Rick, Rakim, Mobb Deep, Waka Flocka Flame plus more and placing 17th in the Online World DMC Championship in 2013 and 2nd in the DMC Regional battle in Tampa in 2015 and 2016. 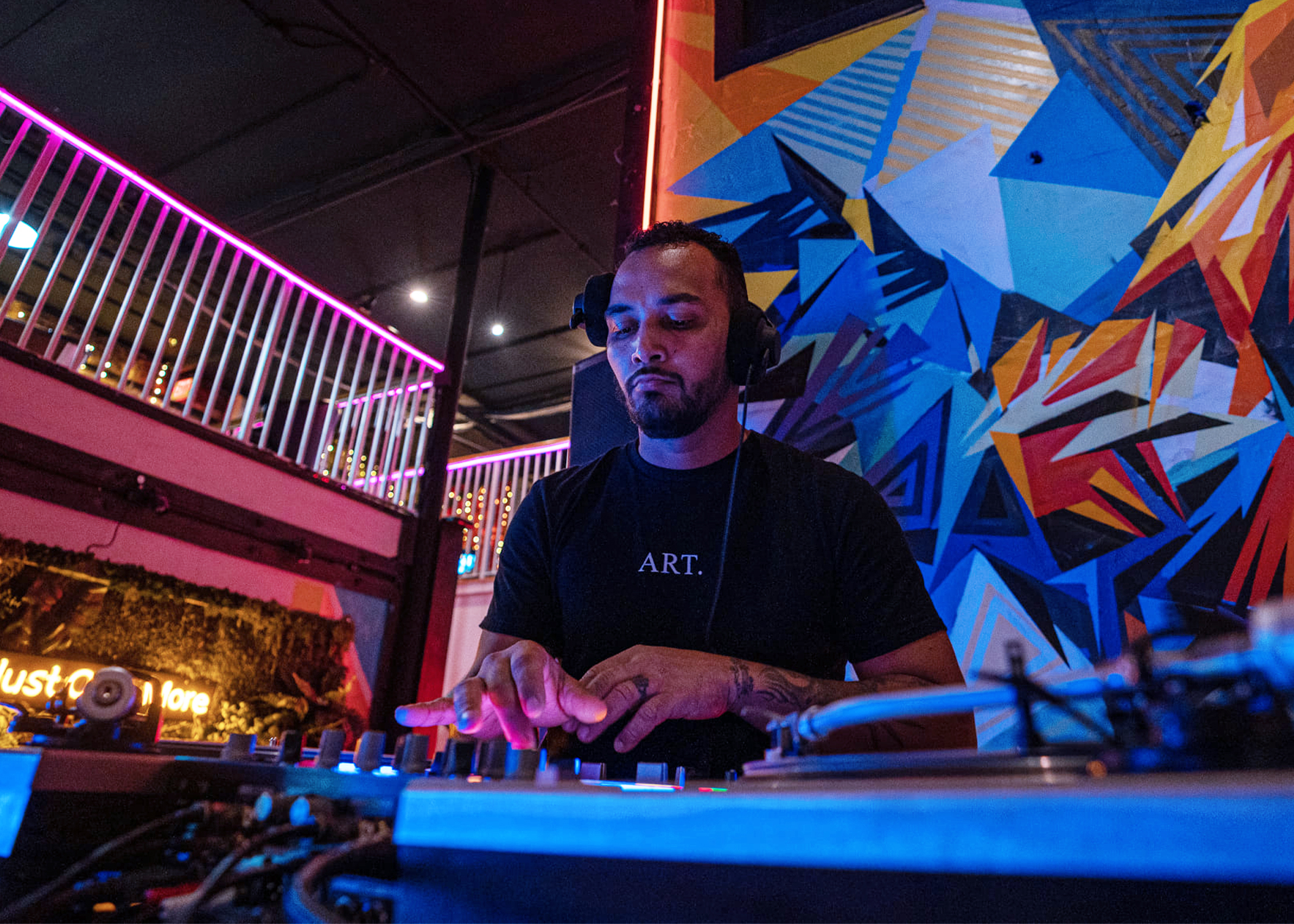 JT Radio, born Jonathan Tirado, is a open format DJ based out of Tampa, FL.  He was inspired to become a DJ by his stepfather, DJ Charlie Chase, of The Cold Crush Brothers. He began studying the genres and learning the fundamentals of mixing at an early age which shows in his unique playing style and ability to adapt to crowds of all ages.  Working as a roadie for a high-end event company in Manhattan, he familiarized himself with the professional atmosphere of weddings, bar-mitzvahs, and corporate events.  After relocating to Tampa in 2006, he worked his way into the nightlife scene.

His creative style and ability to bring diverse crowds together on the dance floor is what makes JT Radio one of the most versatile and demanded DJ’s in the Tampa Bay Area. When he is not entertaining a crowd at a wedding or banquet, you can find him DJing around various bars & nightclubs throughout Tampa Bay and the surrounding areas.  Check out his Instagram for updates on upcoming shows and events. 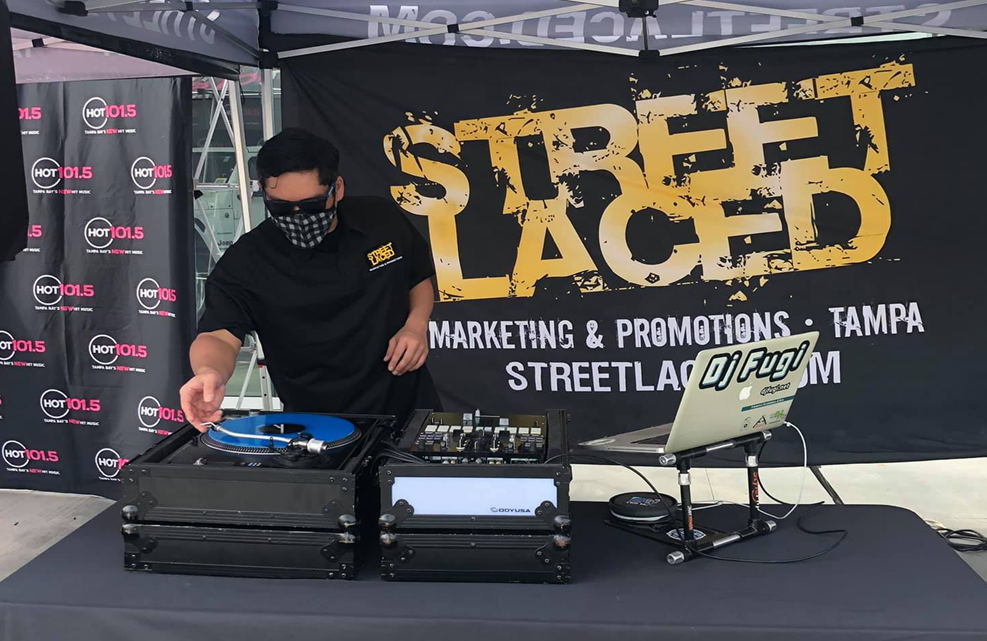 DJ Fugi is a nationally recognized open format turntablist currently based out of Tampa, FL. He is a member of the DJ collective, “Sinister Syndicate Crew” and can be seen performing regularly in Ybor City and Downtown St. Pete. He is a resident at White Lie and First Chance Last Chance in Ybor City. DJ Fugi spent 2+ years as a mixshow DJ for Beasley Broadcasting’s WHHD HD98.3 in his home town of Augusta, GA and was named as one of the ‘Best DJs in the Nation’ by the Kidd Kraddick Morning Show in 2015.

Fugi has shared the stage with notable EDM artists such as MustDIE! and Mayhem. He has opened up for legendary hip-hop artists such as Scarface, Bubba Sparxxx, and Kilo Ali. In 2016, he opened for Grammy Award Artist, DAYA.

We could not be more excited to add this triple threat of talent to the Street Laced Team!  Be on the lookout for them to be at an event near YOU soon! #WeDontPlayWeJustWin 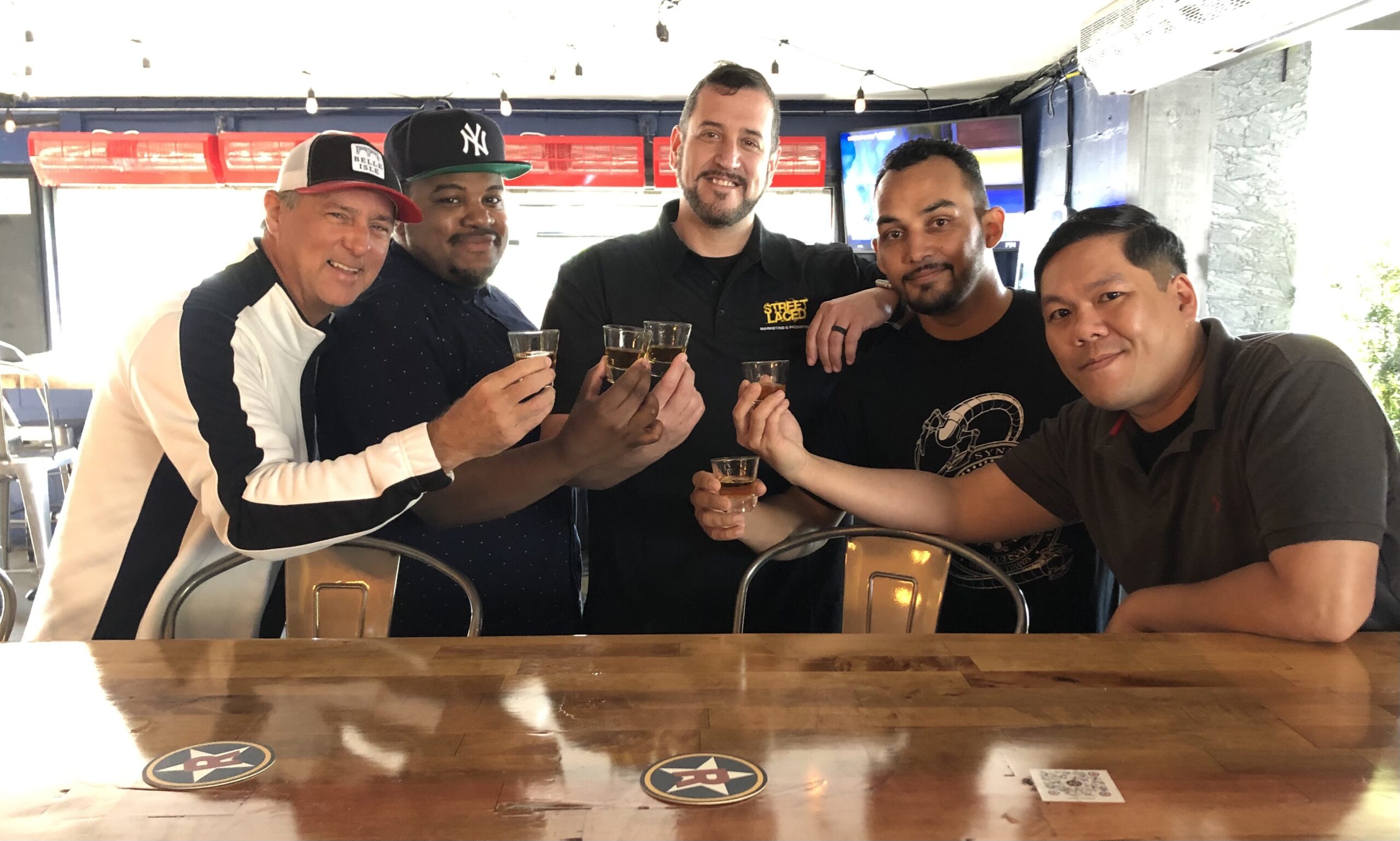