We are just under one month from the massive WWE Invasion in Tampa Bay! Well…that’s not entirely true, as we have already been a part of many of the festivities leading up to WWE WrestleMania in the Sunshine State!

It started off with Street Laced DJ’s own DJ Coz and host Ed Grube rockin’ Amalie Arena for the official WWE WrestleMania ON-SALE Party back in November, complete with guest appearances from the WWE Superstars! There were over 5000 people in attendance just at that event alone! 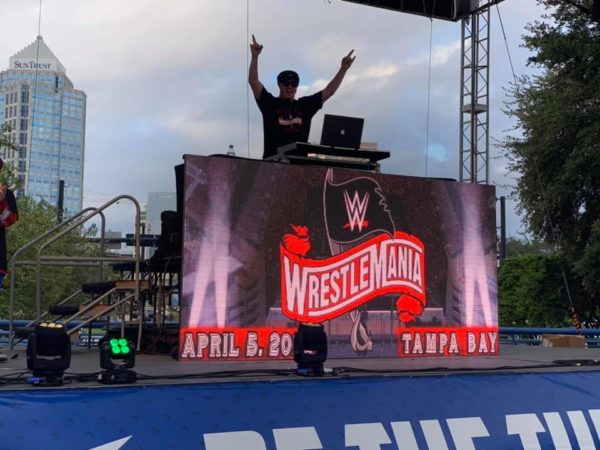 Fast forward to two weeks ago, and we were back on duty for the WWE Luncheon at Raymond James Stadium, with Host Stephanie McMahon. It was the who’s who of the City of Tampa, along with executive committee’s of the events. Our own DJ Coz was back to assist with all the music duties for that event! 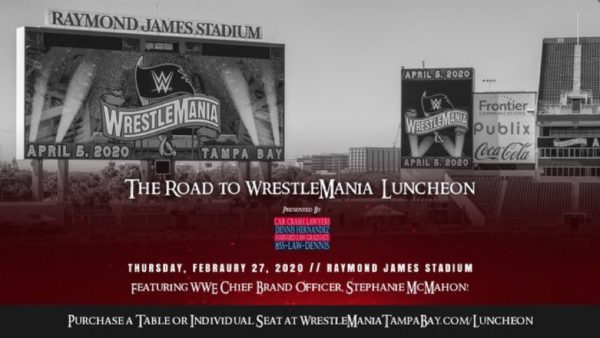 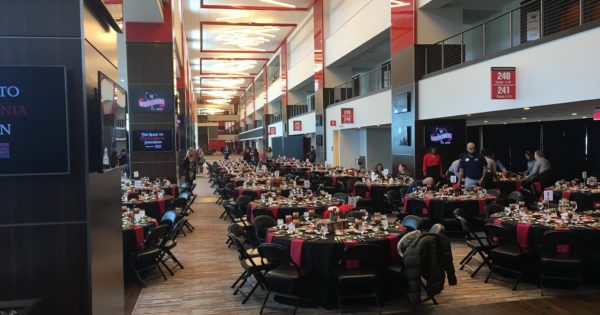 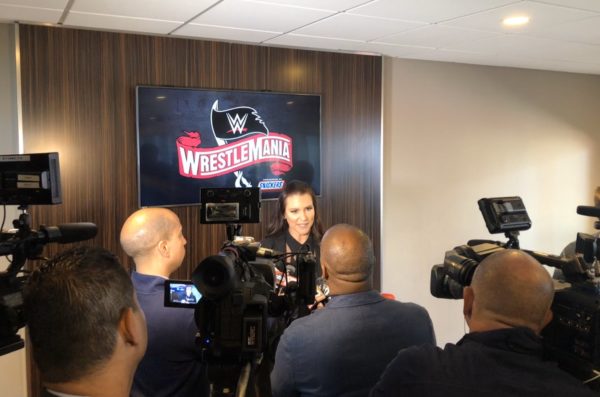 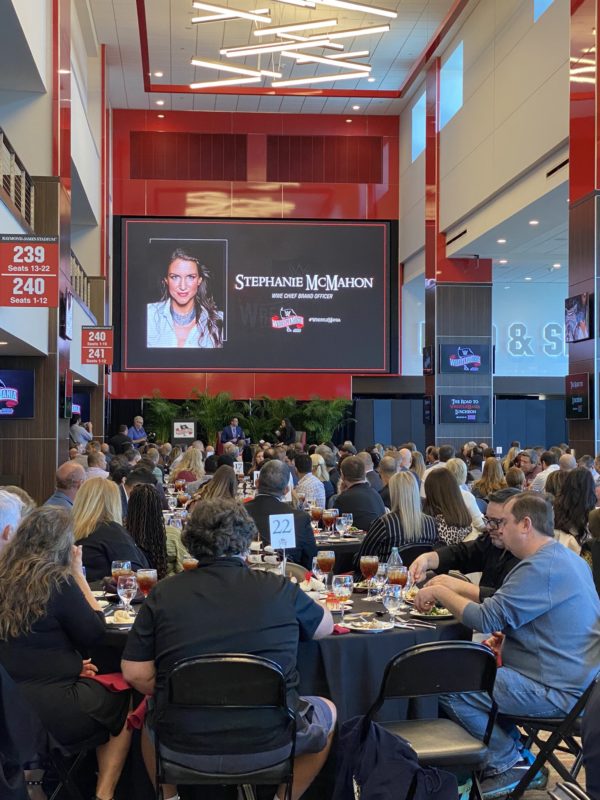 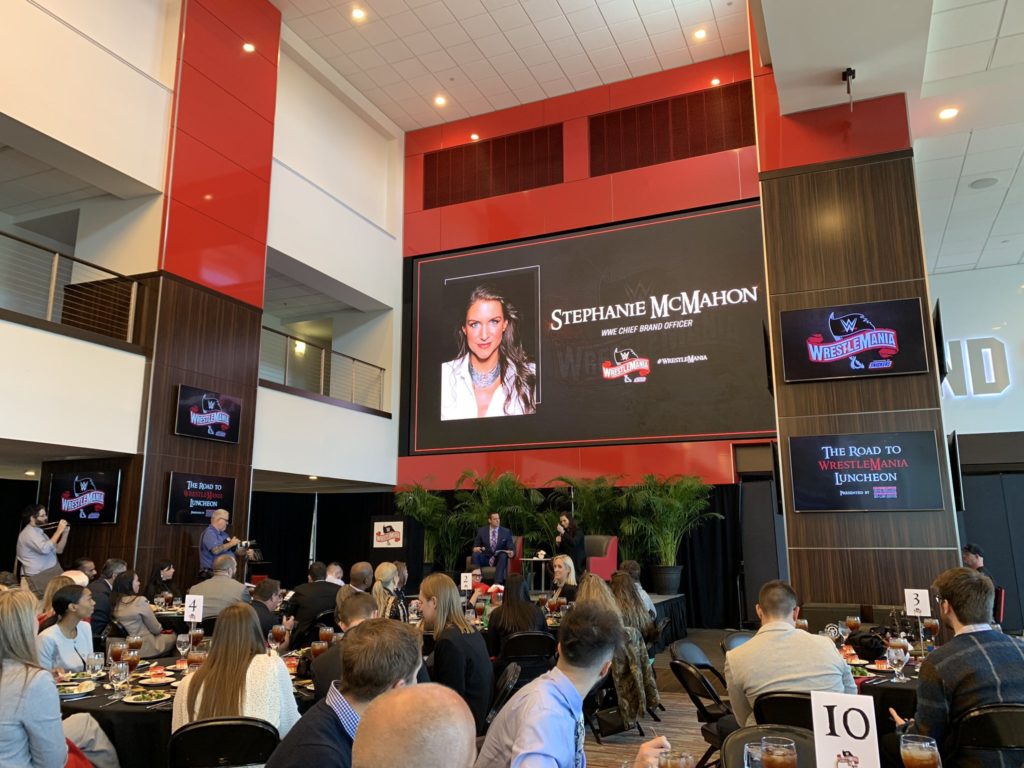 And just under one month from today, join us as we take over the streets of Tampa’s Downtown for the WWE WrestleMania 5K Fun Run!
We’ve got #StreetLacedDJs own Ed Grube aka DJ Special Ed providing the soundtrack for all participants for this event as well!
We could not be more excited to be a part of the amazing festivities leading up to one of the BIGGEST events in the City of Tampa this year! Thanks to our friends at EDI & the Tampa Bay Sports Commission!
Register today at: www.wrestlemaniatampabay.com/5k 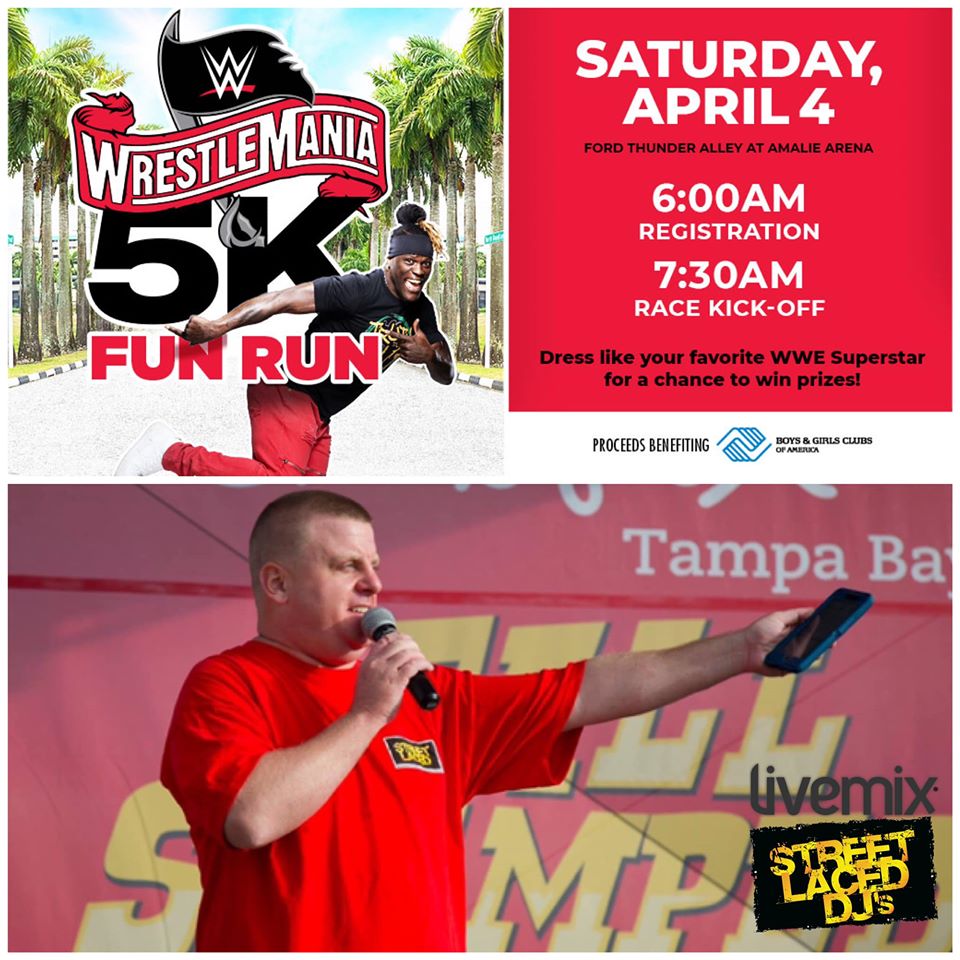