What would an official Tampa Bay Lightning Watch Party be without Street Laced? Surely not the same kind of fanatical hype machine that #BoltsNation has come to expect when VP of Street Laced & In-Game Host for the Bolts, Greg Wolf hosts the shindig! We will be back to rock the block for the OFFICIAL Lightning Watch Party at Channelside Bay Plaza for Game 1 of the NHL Eastern Conference Final. Of course, Street Laced DJ’s own Barry Carew will also keep the vibes flowing, kicking things off at 6pm until the puck drops at 8pm! There will also be a LIVE performance from Damon Fowler, as well as 3 LARGE jumbotron screens spread throughout the venue, including the courtyard, the wharfside and the MAIN parking lot for Channelside. That lot will be closed off to vehicles to accommodate fans to watch the game. All parking will be available in the garages surrounding Channelside. Beer Trucks from Bud Light and our friends at Pepin Distributing, Food Trucks, Merchandise Trucks, The Lightning Girls, The Bolt Brigade, Thunderbug, NewsChannel 8, autographed merchandise giveaways and so…much…more! 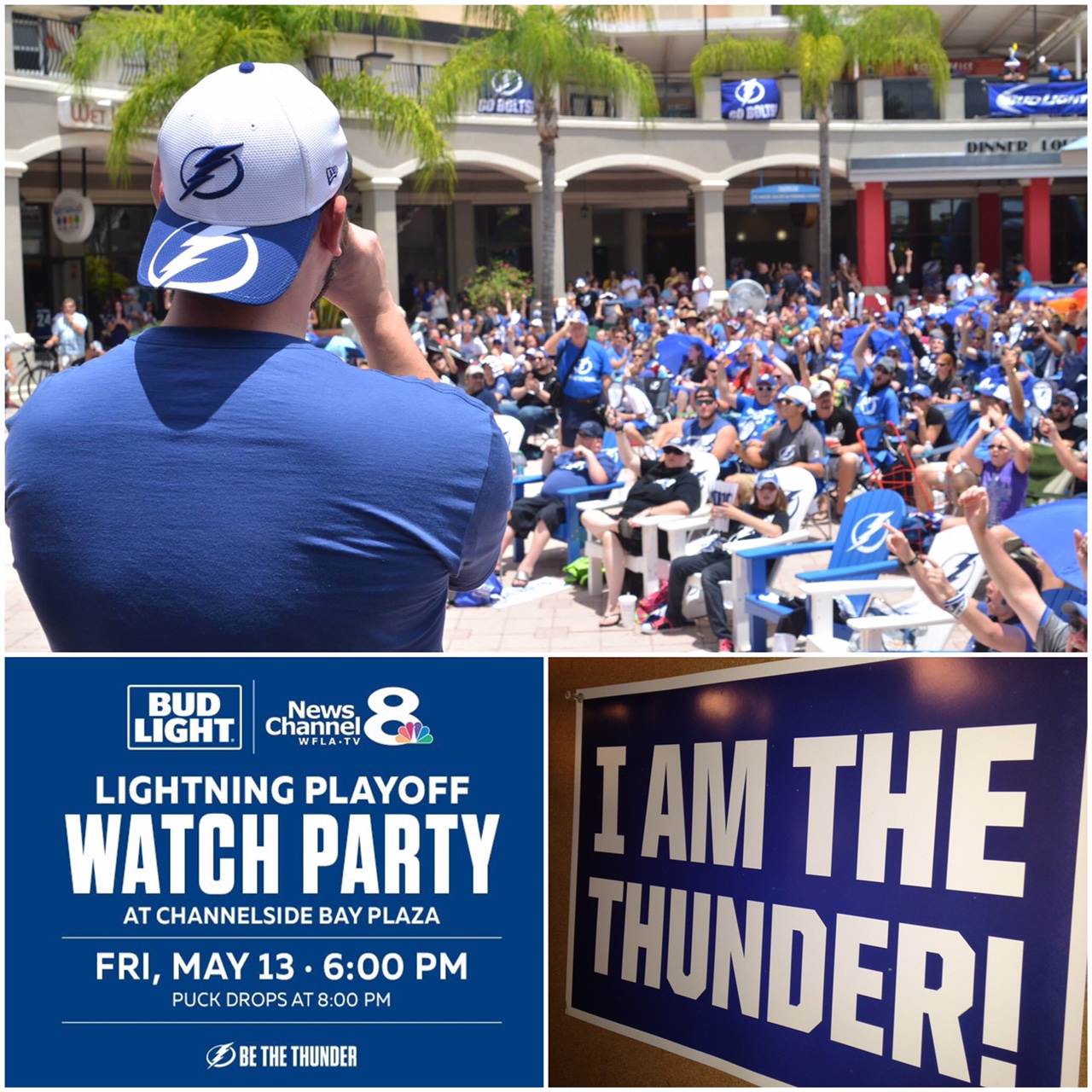