The 5th Annual Az 1 Awards took place this past Friday Night to recognize the past years most consistent and demanded local and Indie artists in the Tampa Bay and surrounding areas. The event took place at the wonderful Mojito Restaraunt & Lounge in Tampa. There were plenty of performances during the evening that showcased the wide variety of the music and entertainment in the area.  Some of the honors for the evening came were in categories such as Best Studio Engineer, Underground Radio Station, Battle Rap Emcee, Breakthrough/New Artist, Host/Hostess, Music Video, Producer, Photography, Videography/Film, Movement, RnB Artist, Live Band, Album/Mixtape, Male Hip Hop and Female Hip Hop.

Street Laced’s own Trevor Pearce, aka Slick Worthington, took home the evening’s “BEST MUSIC VIDEO” Award for his track “I Try” (CLICK HERE TO WATCH VIDEO). Slick has been a staple in the Tampa Hip-Hop scene for years and he follows his passion with two college radio shows; one at Hillsborough Community College and the other at The University of South Florida, “Pirate Radio Invasion”. 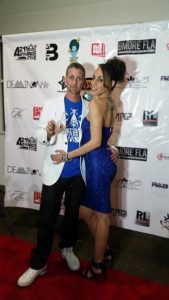 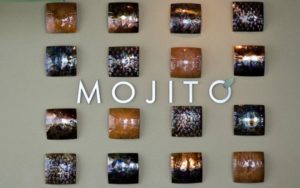 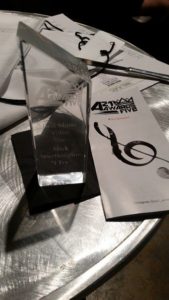