Street Laced has secured the duo, Mixin Dixie to rock the pre-party on the Heineken Rooftop at Amalie Arena for Rihanna’s Anti World Tour coming to Tampa Bay this Sunday, March 13th! You can catch the fella’s doing their thing on the Heineken Rooftop (located at Section 214) from the time doors open at 6:00pm until the show starts at 7:30pm! They will surely get the fans fired up for the show! If you’re heading out the concert, make sure to go check them out before the show!

About Mixin Dixie:
Barry Carew and Cliff Brown as individuals have been tastemakers in the modern country music world for the last 5 years. Barry Carew as one of the most sought after DJ’s/Producers touring with major country and pop acts, and Cliff Brown a Grammy Award Winning producer as well as a Songwriter/Performer. Barry and Cliff have been on the pulse of remixed country music for years. They are some of the only producers and mixers creating that “NEW COUNTRY SOUND.” Because of this, they combined to form “MIXIN DIXIE”. A two man, beat machine driven, guitar playing, keyboard banging, turntable spinning, lyrical party that is Mixin Dixie! Expect the unexpected, big beats, big breaks, big horns, and big lyrics that will set any party ablaze! Welcome to Mixin Dixie, welcome to the new age of country music. 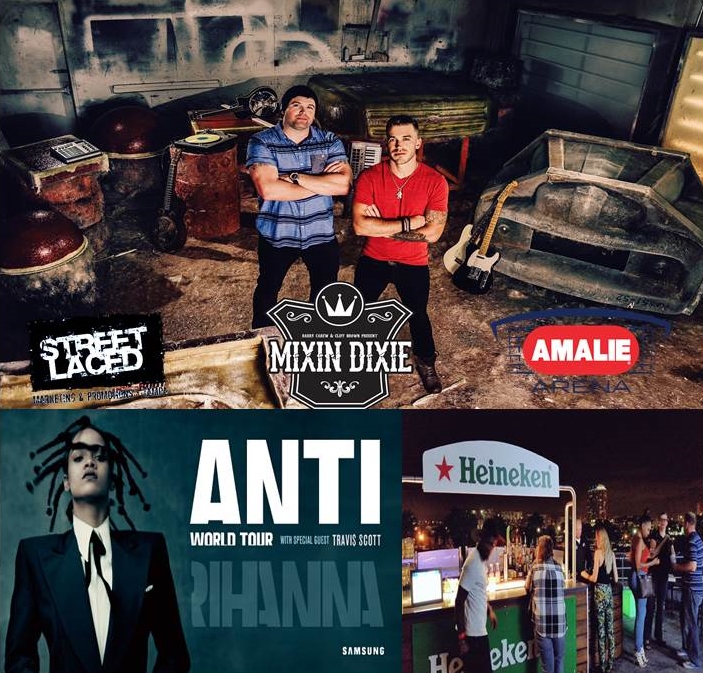