Street Laced Marketing is teaming up with the Tampa Bay Sports Commission to assist with another major college championship event in the Tampa Bay area! The D1 Men’s NCAA Ice Hockey Championship, known as the Frozen Four, will invade the Bay area April 6th-9th, with events scheduled throughout the week. The championship games are held at Amalie Arena on Thursday, April 7th (Semifinals) and Saturday, April 9th (Finals). Vice President of Street Laced, Greg Wolf, has been tapped to handle the In-Game Hosting duties for the matches.

Three of Street Laced’s DJ’s will be handling the musical duties for various ancillary events surrounding the tournament as well. DJ Jimi-O will be representing Street Laced for the Student Athlete Welcome Reception (Private Event). DJ Lesage will be mixing up the madness for the Autograph Sessions on Friday, April 8th from 3:30pm – 5:00pm at the Franklin Street Mall (outside in the street in front of the Tampa Theater) and is open to the public. This event takes place before the Hobey Baker awards (inside the Tampa Theater at 5:00 p.m.). Street Laced will be assisting the Tampa Bay Host Committee in creating a street festival environment for the fans while they wait to get autographs from their favorite college hockey players.

And finally, Street Laced DJ Don Pablo will be mixing it up for the VIP Hospitality area at Amalie Arena, keeping the festivities lively during the games.

For more info on the event, or to purchase tickets, visit NCAA.com/FrozenFour 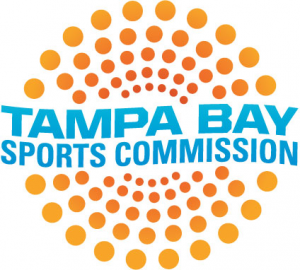