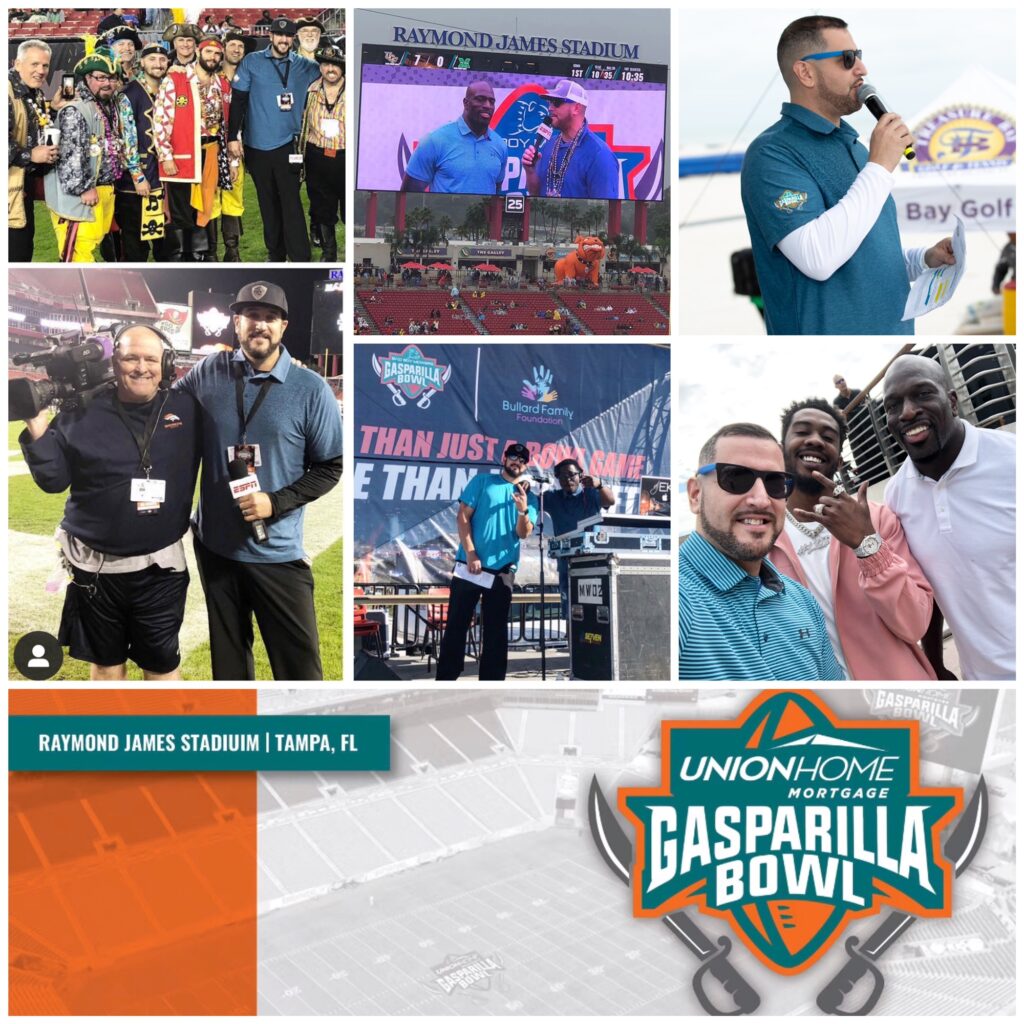 We are super excited to be returning once again this season to rock BOTH Bowl Games at Raymond James Stadium in the next week and a half!

First up, we’ve got the Union Home Mortgage Corp. Gasparilla Bowl this Saturday at high-noon on ABC, as UAB – The University of Alabama at Birmingham battle South Carolina Gamecocks!

VP of #StreetLaced Greg Wolf is your Master of Ceremonies for the game alongside Street Laced DJ’s own DJ MC White who will be on music vibes for what should be a great matchup on a chilly Saturday afternoon!

Then, January 2nd, we return to Ray Jay to rock the pre-game festivities on the South Plaza (aka #BucsBeach) for the 2021 Outback Bowl, with Street Laced DJ’s own, the 2020 DJ of the Year Competition Winner, DJ Matt Dodge on the party vibes, welcoming both Ole Miss Football and Indiana Football fans to #Tampa!

We are super excited to be back and working LIVE sporting events, even in a limited capacity!

Let’s Get To Work! 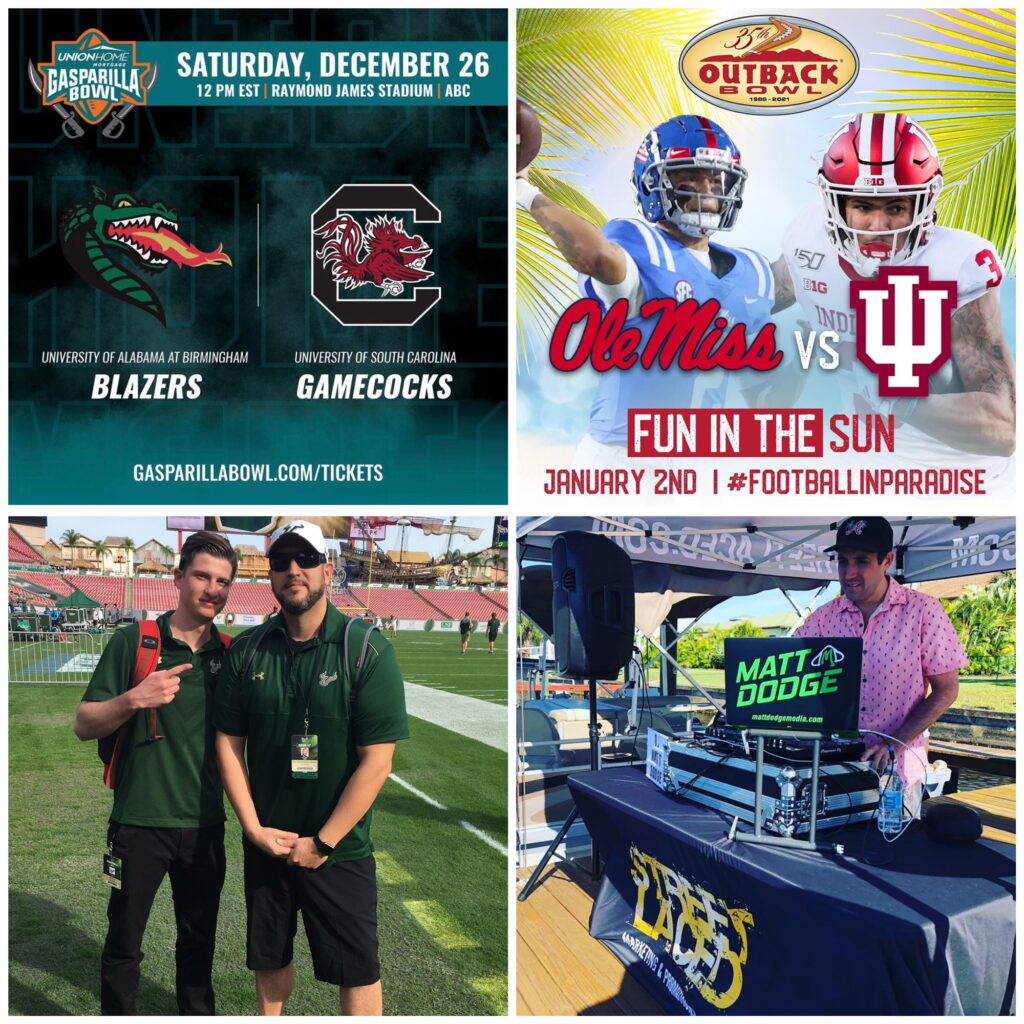