Street Laced’s own Greg Wolf has been tapped by the Tampa Bay Sports Commission to be the Master of Ceremonies for this FREE event in Tampa’s Downtown! This will be Greg’s third stint working with the NCAA Women’s Final Four, having hosted the Tourney Town festivities at Amalie Arena in both 2008 and 2015.

The Super Saturday Concert is one of the premier fan events held during the Women’s Final Four and offers an evening of fan-friendly entertainment between semifinals and finals action. The celebration of women’s basketball includes live music, NCAA basketball men’s semifinal coverage and a special fireworks display over Tampa’s famed Riverwalk. 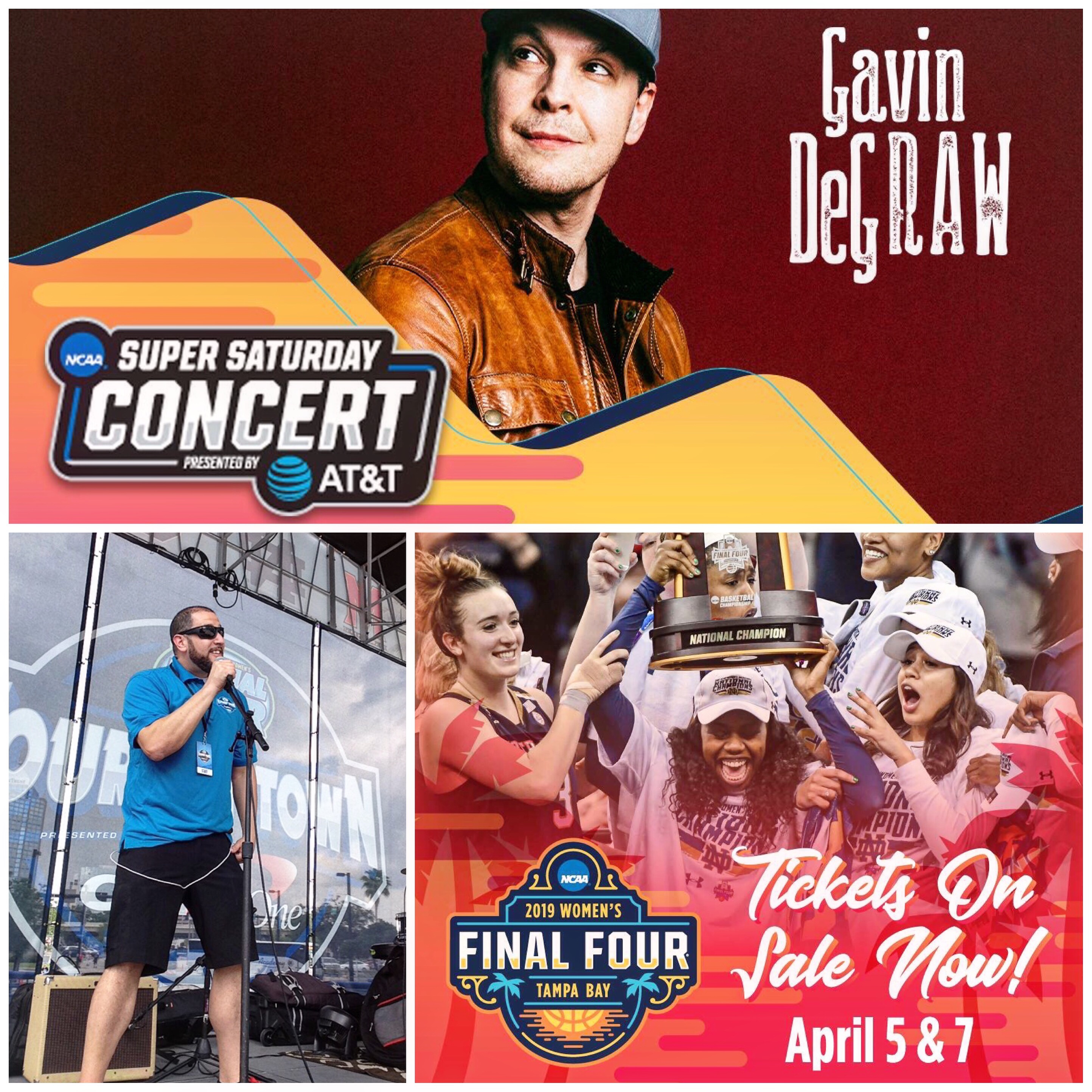 Greg is seen here on stage in Curtis Hixon Park, rockin’ the stage with DJ Shawna! 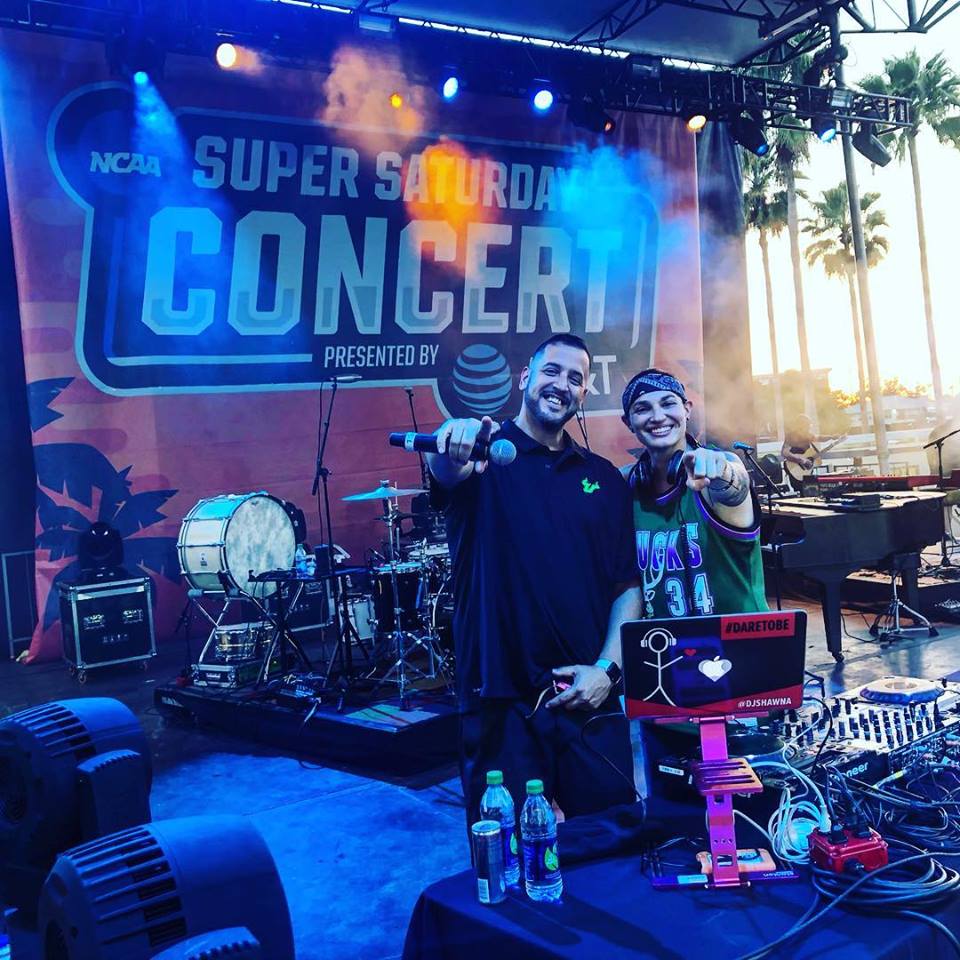