We can finally let the BIG 🙀 CAT out of the bag!

Street Laced’s own Vice President, Greg Wolf has been selected by the NHL to represent the Tampa Bay Lightning and the United States 🇺🇸 as part of the NHL Global Series in Sweden 🇸🇪 next month! 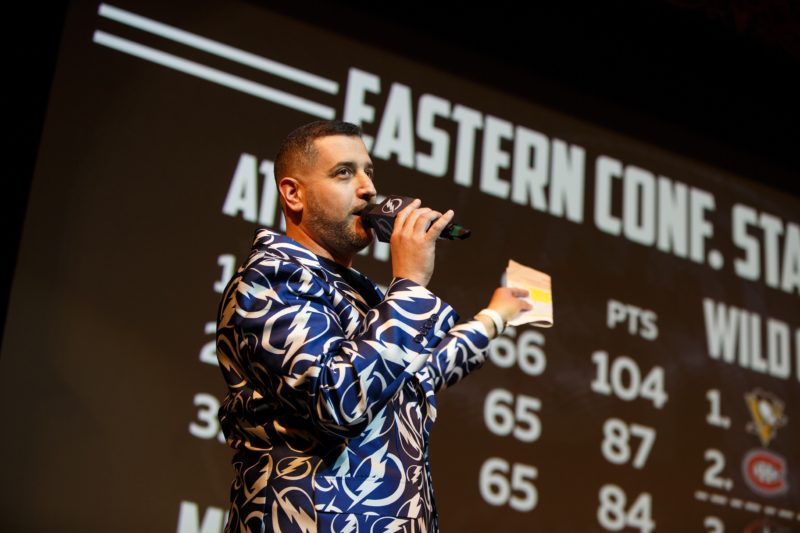 As Host of the festivities, Greg will be joining Thunderbug & the Lightning contingency, alongside Sabretooth & the Sabres contingency to show our European fans how we rock games here in America! “I am beyond humbled and super excited for this opportunity to represent our Bolts in Sweden! This is a once in a lifetime opportunity that I cannot wait to be a part of!”

The Sabres and Tampa Bay Lightning will face off in a pair of regular-season games at Ericsson Globe in Stockholm, Sweden on Friday, Nov. 8, and on Saturday, Nov. 9.

The 2019 NHL Global Series will mark the third straight year and eighth season overall that the NHL has traveled to Europe to play regular-season games. These games reward the legions of loyal and passionate fans in Europe that enjoy live NHL games available via international broadcast partners and the NHL’s streaming service, NHL.TV.

The two games between Buffalo and Tampa Bay will mark the 12th and 13th NHL regular-season games played in Sweden, and the 11th and 12th games played at Ericsson Globe in Stockholm.

• Tickets and VIP hospitality packages to the Nov. 8 and Nov. 9 NHL Global Series games between the Buffalo Sabres and Tampa Bay Lightning at Ericsson Globe in Stockholm, Sweden, are on sale NOW at www.livenation.se