After being fired from his job, Francis Henshall finds himself in a tricky situation when two new jobs lead to two bosses who must not know the other exists. This uproarious adaptation of The Servant of Two Masters features “Carpool Karaoke” and The Late Late Show host James Corden in his Tony®-winning role of Francis in this filmed version of the runaway London and New York hit. It’s all part of National Theatre Live, a groundbreaking project to broadcast the best British theater from the London stage to theaters around the world. Productions are filmed in high definition in front of an audience with cameras carefully positioned to ensure the best-seat-in-the-house view. See the best from London’s South Bank screened in the Straz Center’s Ferguson Hall.

The theatrical debut of humorist and The Daily Show correspondent Hasan Minhaj, Homecoming King is the story of the “New Brown America,” based on true events from Minhaj’s first generation Indian-American experience. Navigating between two worlds, it follows Minhaj’s arrival in the United States from meeting his sister to experiencing racism, bullying, interracial love and his family’s quest to achieve the elusive American Dream. 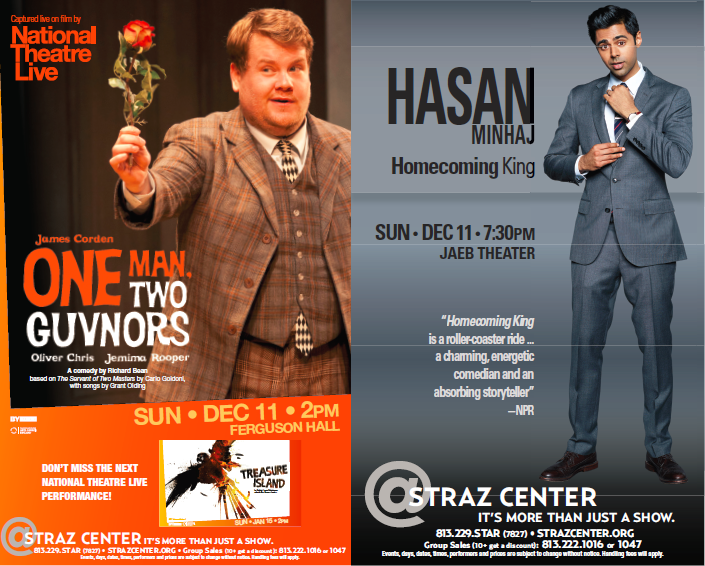