Feld Entertainment and Street Laced Marketing have teamed up once again for the 2019 season, starting strong with the 2019 Monster Jam World Finals, coming just up the road from Tampa at Camping World Stadium in Orlando.
This two day event will take place May 10th-11th with 39 of the world’s best drivers competing for 7 different championship titles.
The show already has made it’s appearances here in the Bay area (in January and early February), but fans have another chance to see them here in Florida, just an hour drive from the Tampa.

The Monster Jam World Finals are the culmination of the Monster Jam winter season, featuring top drivers from the year. It is often referred to as the “Super Bowl of Monster Trucks” and features drivers competing for the racing and freestyle championships.

For the first 19 World Finals, the event was held annually at Sam Boyd Stadium in Las Vegas, Nevada. In February 2018, a new format was announced where the World Finals would rotate venues annually, beginning with World Finals XX, this year at Camping World Stadium.

The Fair sees about 450,000 people through the gates during the 12-day run. Located inside the Expo Hall, you’ll find the Monster Jam area, complete with a real life functioning monster truck on display, as well as an interactive video demonstration with the “yet-to-be-built” track in Orlando, that will literally have the trucks dropping into the track from the stands at Camping World!
Promo vouchers with ticket offers and Monster Jam merchandise are also on display at the Monster Jam area, with Street Laced members on hand to answer any and all questions.

The next event on the calendar will be the Florida Strawberry Festival in Plant City, Florida, which sees about 550,000 visitors each year! This years event runs from February 28th through March 10th.
Street Laced will be handling the daily operations for this promotion as well. We hope to see you at one of the events with our friends from Feld Motorsports! 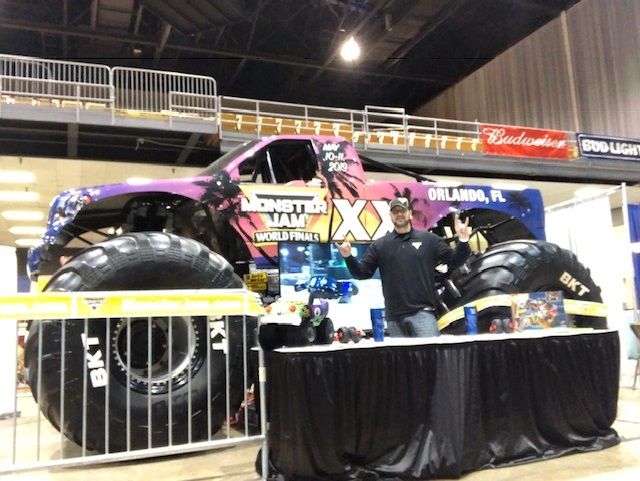