AMSOIL Arenacross took over Tampa Bay this week, with a flurry of media appearances and racer sightings in the city and Street Laced was once again a part of the madness! Starting Thursday Night at the Tampa Bay Lightning game, Greg Wolf hosted the “Greatest of All-Time”, Ricky Carmichael and his bike center ice during intermission to talk to him about the upcoming weekend’s show, being back home in his native of Clearwater, Florida and how the event championship is actually named after him, The Carmichael Cup! Ricky holds the title “G.O.A.T” because of his remarkable run in the motocross world. You can see a list of his accomplishments below. It surely created a buzz in Tampa, which it was only fitting that we secured one of Tampa’s greats and Street Laced DJ Mingle Mixx to hold down the pre-race festivities on Ford Thunder Alley. Mingle had the pleasure of joining AMSOIL’s Event Host and Ms. ArenaCross, Katie Wharton on stage to engage with the fans. 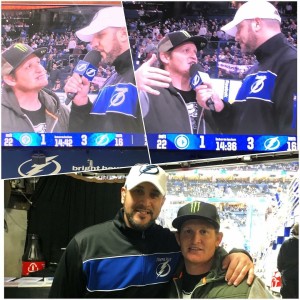 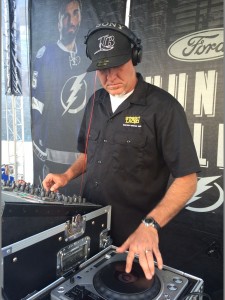 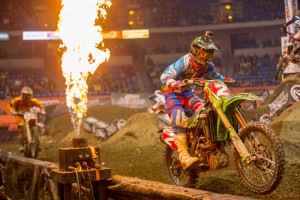 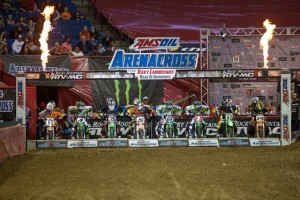