Over the past few weeks, Street Laced has been front and center when it comes to the OFFICIAL Tampa Bay Lightning Watch Parties as part of the 2018 Stanley Cup Playoffs. Round One had us posted up for Game 3 at Pier 60 in conjunction with the Sugar Sand Festival on the #1 Beach in America: Clearwater Beach. This was the first time the City of Clearwater hosted a watch party, and by our guess, it surely won’t be the last! We’re not so sure there isn’t a better backdrop for hockey paradise than the sugar-white sands of Clearwater Beach. Street Laced DJ’s own DJ Shizm and Clearwater Mayor George Cretekos set the tone together to officially launch the festivities. We may not have won that game, but the boys in blue would bounce back quick for Game 4. We headed back to Tampa Bay for that game with DJ Ekin rockin’ the spot in front of over 4,000 Bolts faithful at the new Armature Works in the Heights District. It was by far the biggest crowd this new establishment has hosted to date, and with the Lightning getting a well-earned victory over the Devils, it was surely a night that won’t be forgotten anytime soon.

And then, there was this week’s events.

Two more watch parties were on the slate; Round 2, Game 3 from Water Works Park, also in the Heights District. Another event that culminated the foodie and craft beer culture of Tampa with the die-hard Lightning faithful, a match made in heaven. Street Laced DJ’s own DJ Deacon was on hand to keep the vibes uplifted the entire evening, as well as In-Game Host for the Lightning (and VP of Street Laced) Greg Wolf keeping fans fired up as the Bolts went on to claim victory once again.

Friday brought on the BIGGEST party thus far, hosting well over 10,000 fans at Curtis Hixon Park in Downtown Tampa for Round 2, Game 4 of the Eastern Conference Semifinals. DJ Jake Dela Cruz and Greg Wolf tag-teamed to keep the park rambunctious as the Bolts secured yet another win on the road in overtime, to the sheer delight of Bolts fans, young and old.

We can’t wait to see everyone again this week at the Bolts landed themselves right back in the Eastern Conference Final with yesterday’s 3-1 victory in Game 5, securing their third visit to the finals in the last four years. A pretty amazing feat for a team in the heart of Florida.  The NHL Eastern Conference Final will start at Amalie Arena, most likely Friday and Sunday this week. Street Laced DJ’s will be all over the spot, from Ford Thunder Alley, the Budweiser Biergarten, Suite Level and more! Can’t wait to cheer on the Bolts as they continue on their quest for Lord Stanley’s Cup! 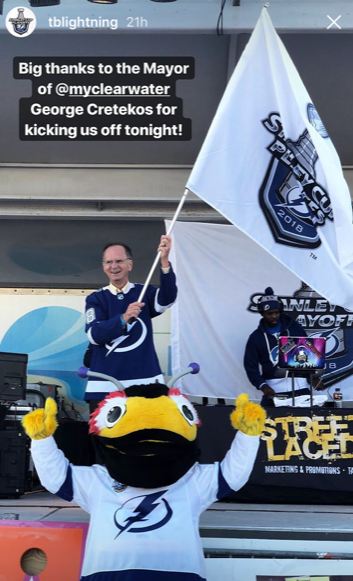 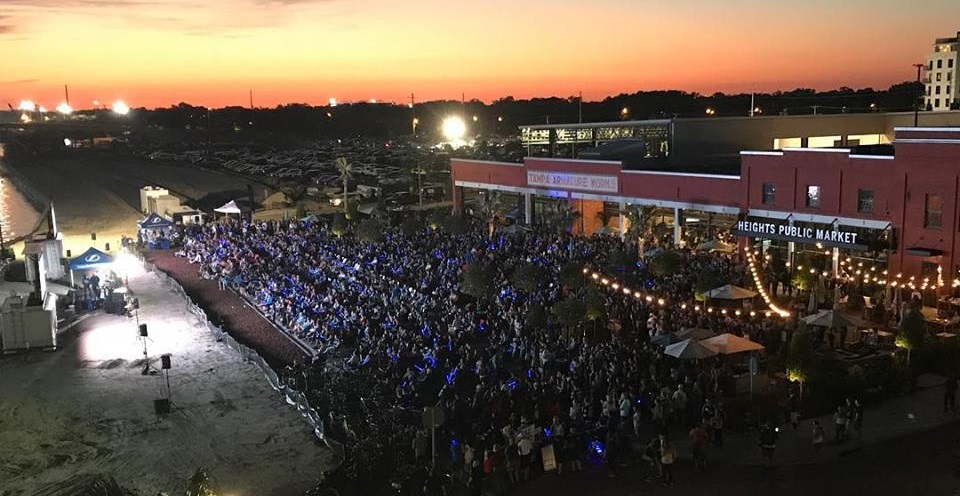 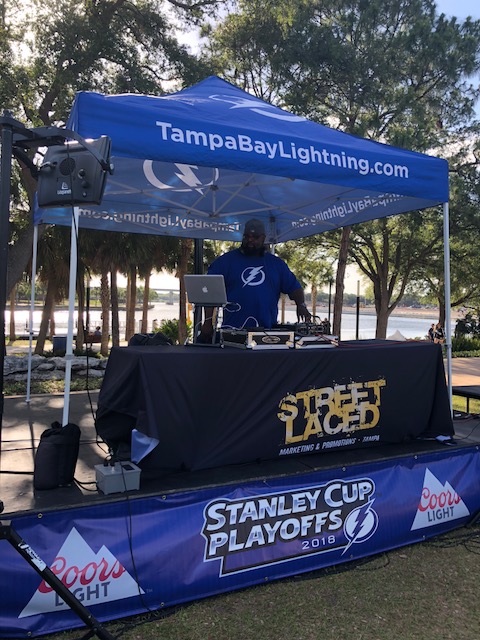 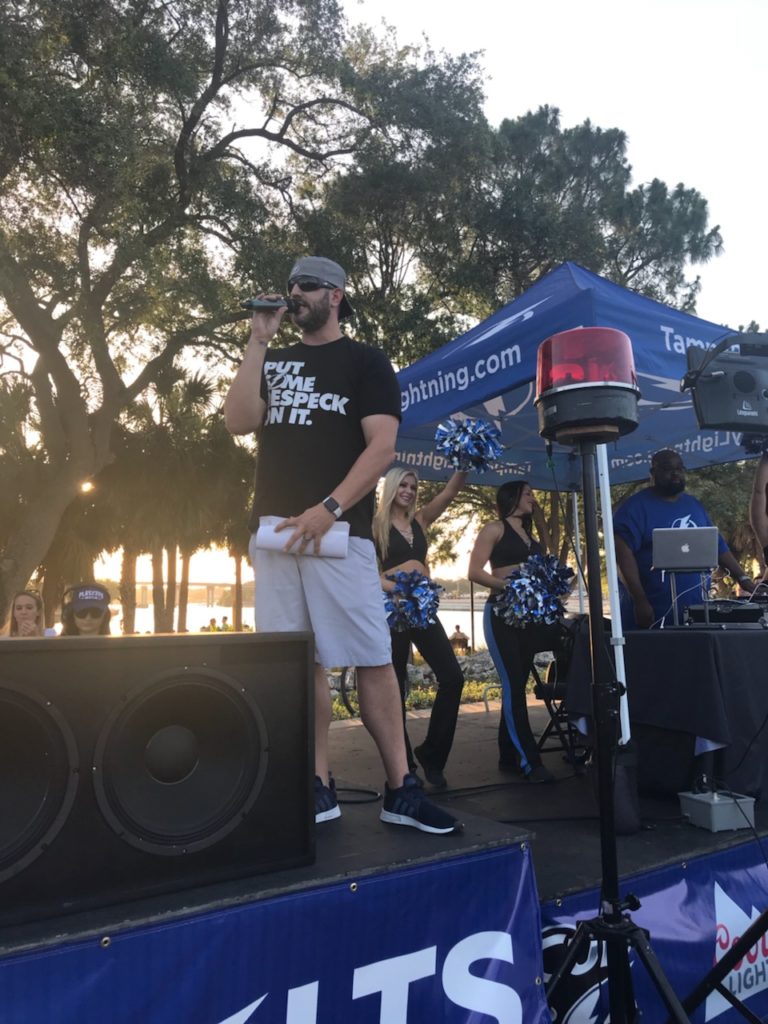 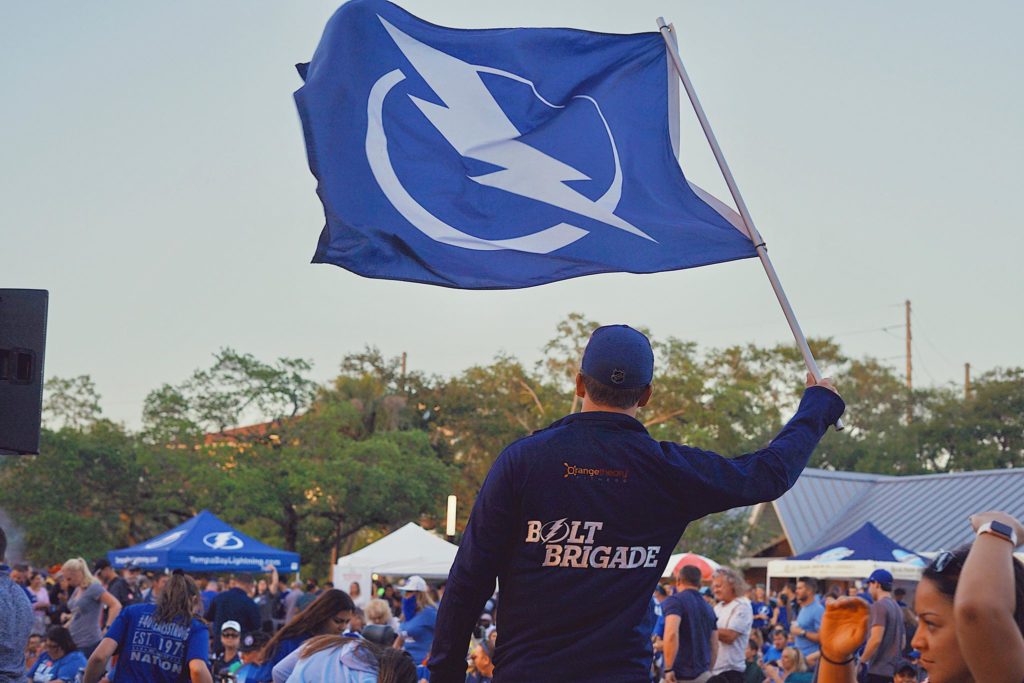 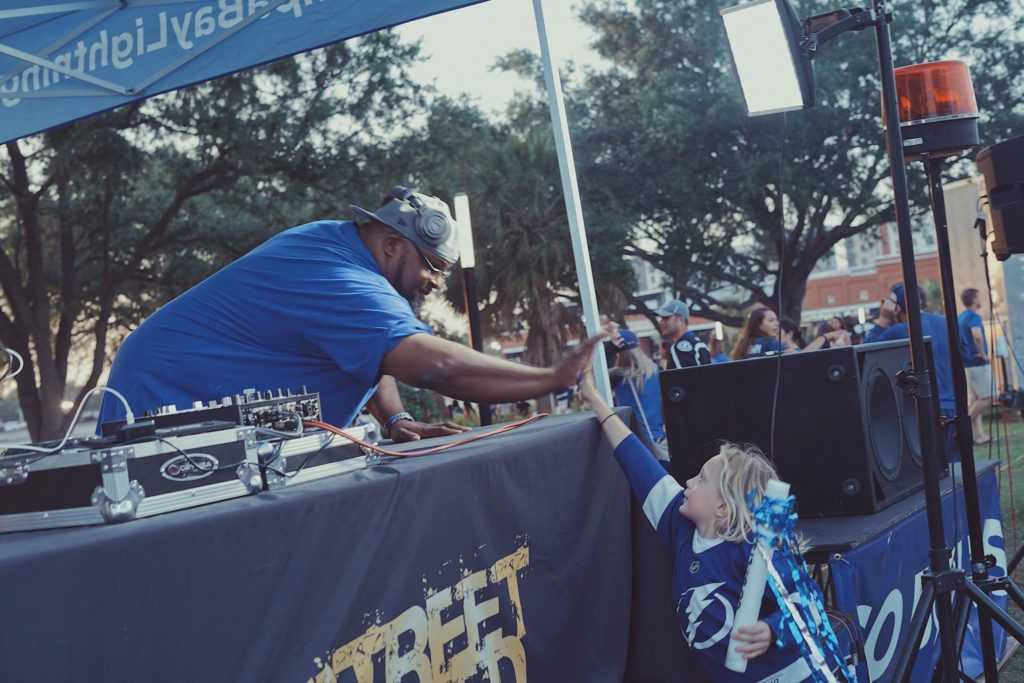 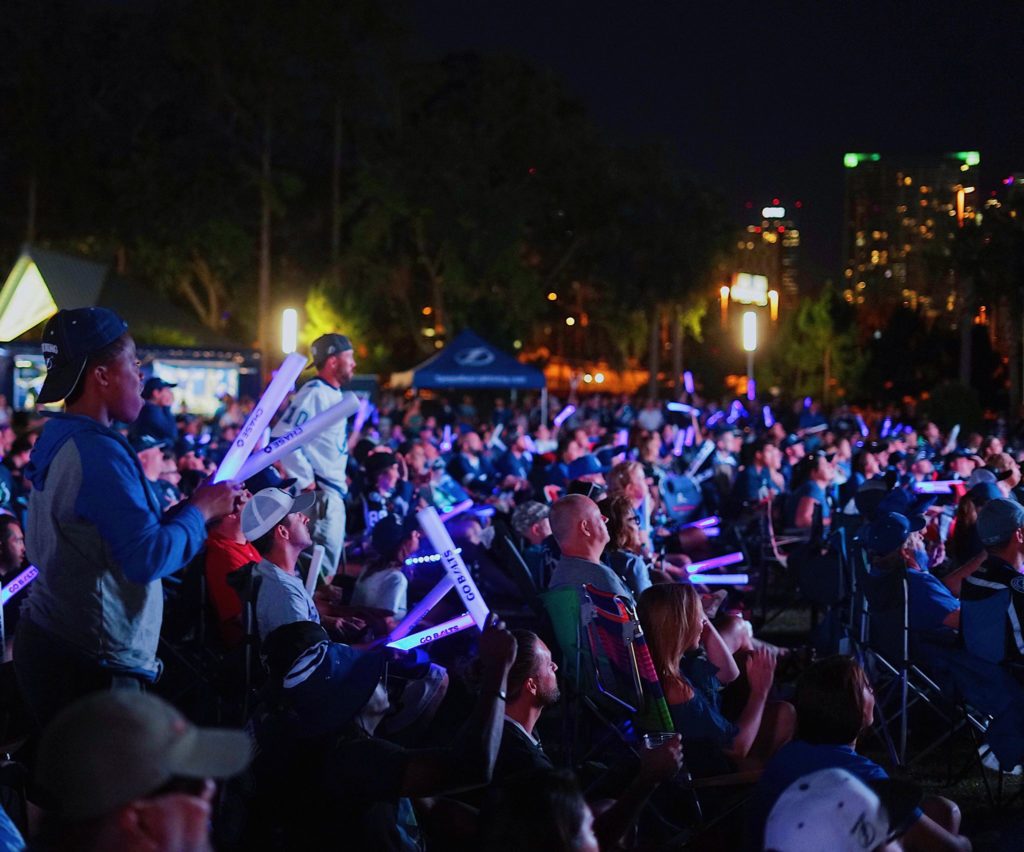 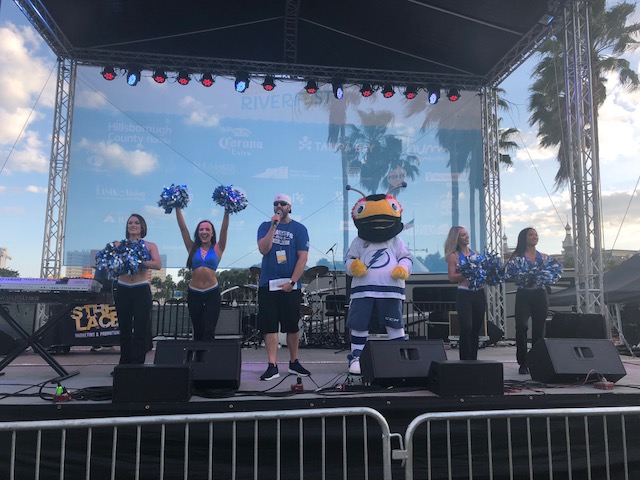 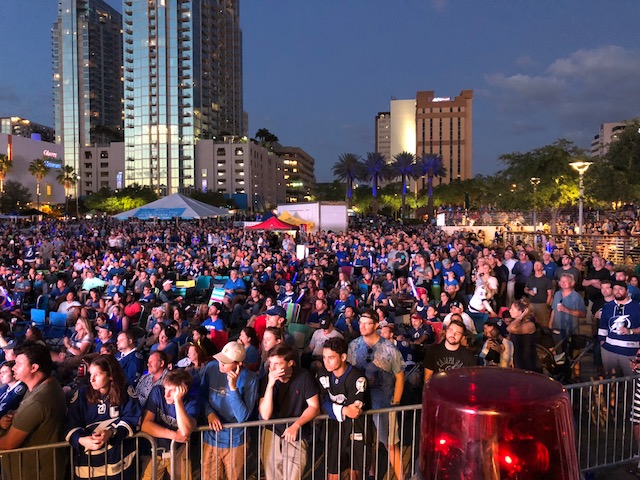 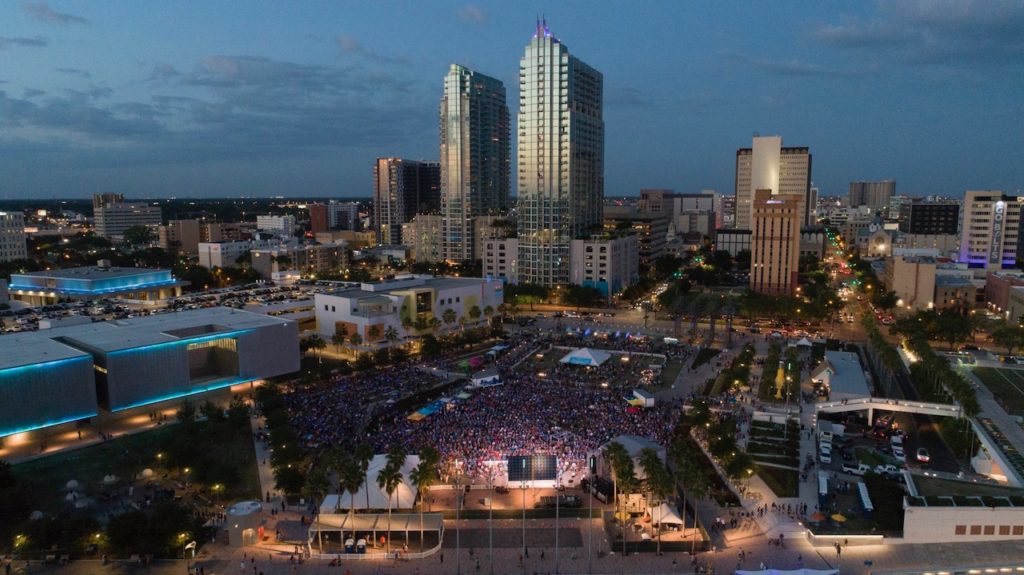 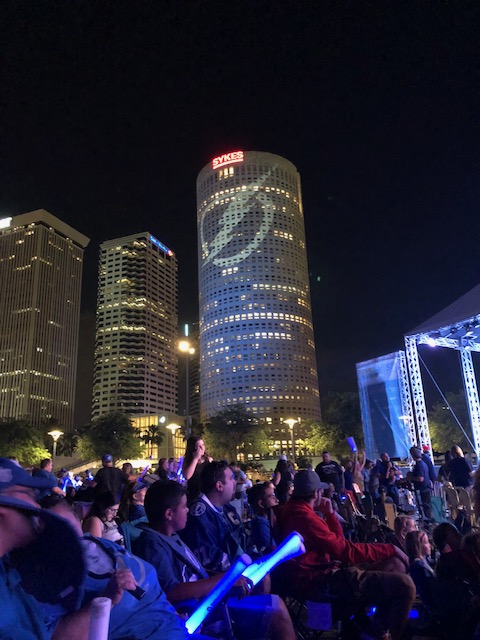 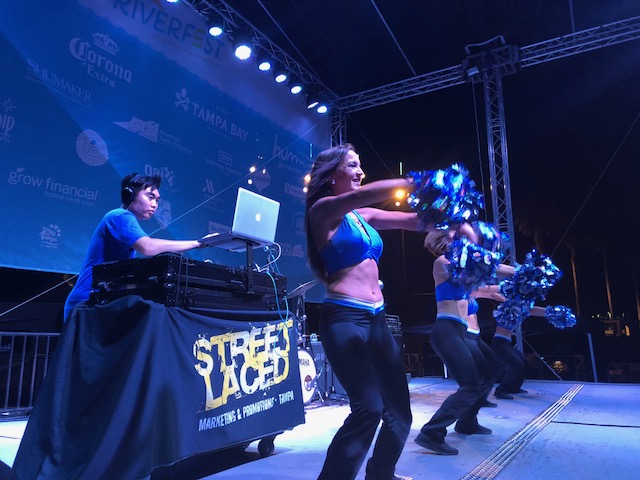