Greg is a graduate of The University of South Florida, having been involved in the Tampa music scene since 1995. Greg was enrolled at USF when he started his own radio show on 760 WBDN-AM. In 1998, Greg secured a gig at Tampa Bay’s Party Station, WiLD 98.7 FM (now WiLD 94.1). Starting out as a street teamer, Greg worked his way up through the Promotions ranks, becoming Assistant Promotions Director within two years. From there he leaped to a full-time on-air gig and quickly became the #1 Arbitron rated night show in Tampa Bay for seven years straight.

In 2006, Greg made the jump into bigger arenas and served as Marketing Director & In-Arena Host for the Tampa Bay Lightning (NHL) until 2009. It was in 2009 when he was snatched up by Clear Channel Radio (now iHeartRadio/iHeartMedia) to take over the role as Promotions Director for 95.7 The Beat, Tampa Bay’s Hip-Hop and R&B station, as well as Tampa Bay’s Sports Radio 620 WDAE & Newsradio 970 WFLA. Greg continued in that role until February 2016 when he decided to step aside from the radio world to focus 100% on his dream; Street Laced.

In 2012, Greg returned to serve as the In-Arena Host for the Tampa Bay Lightning (NHL) and for the Arena Football League’s, Tampa Bay Storm (AFL). He has also taken on that same role for the University of South Florida’s Football & Basketball Programs(NCAA) and continues all of those duties today. 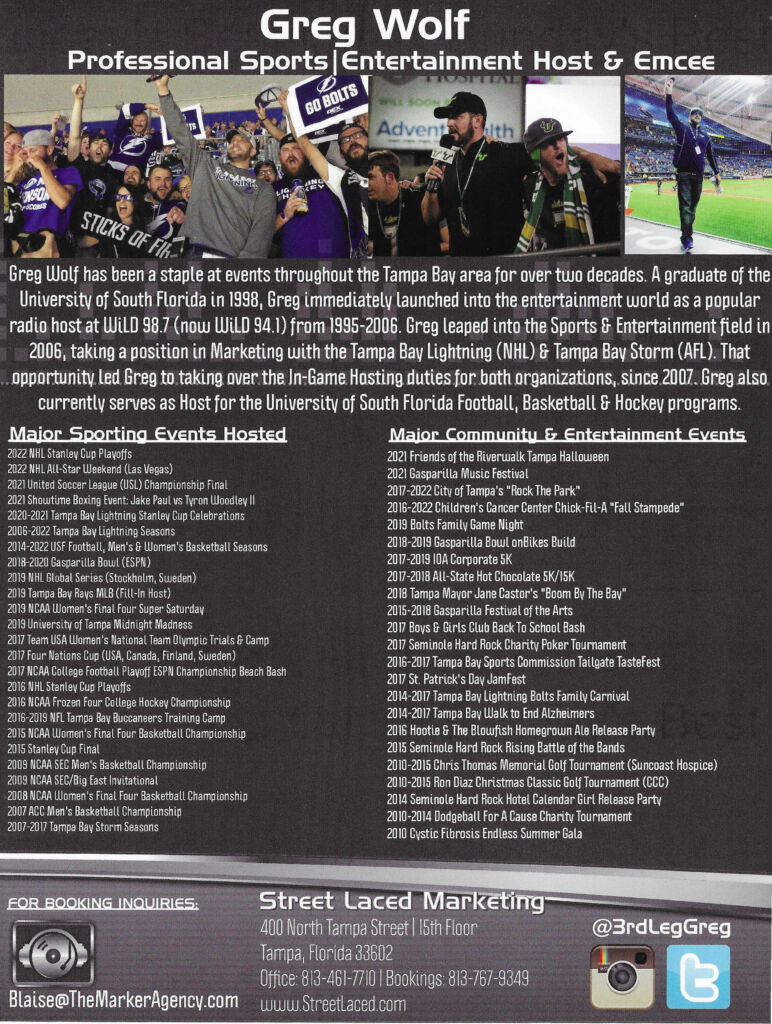 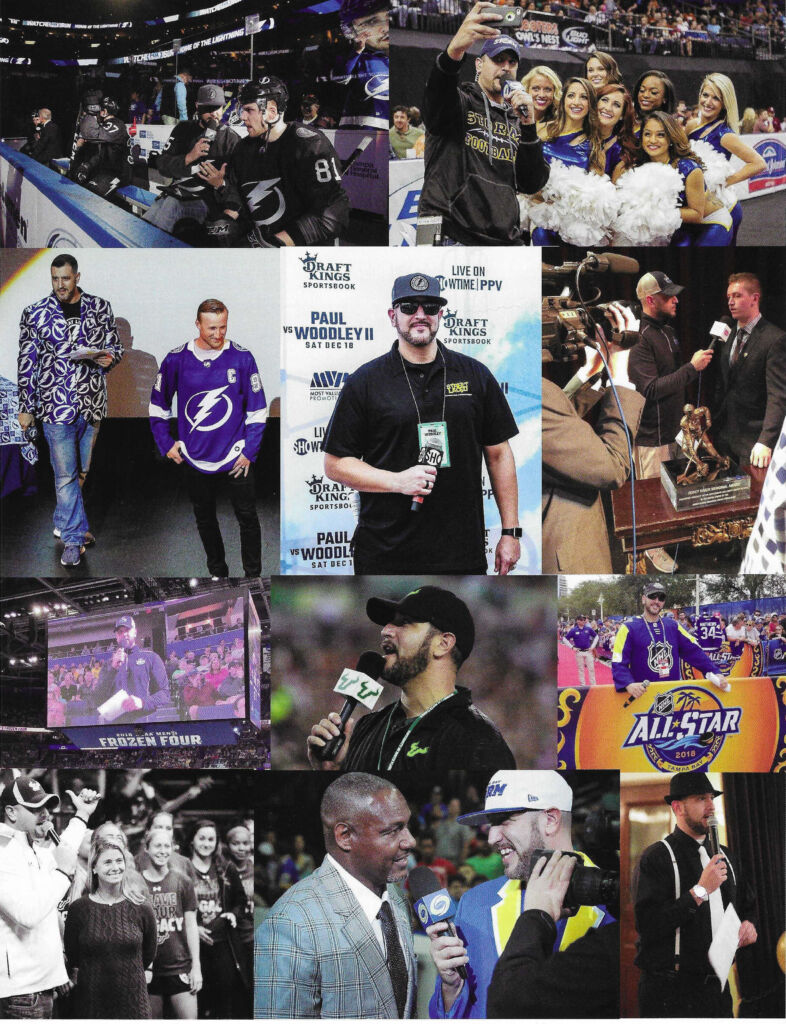