The 2017 College Football Playoff invaded Tampa, Florida this past weekend and Street Laced was pretty much entrenched in many of the festivities surrounding this epic sporting event.  We cannot thank our Street Laced DJ’s squad enough for  rocking over 30+ hours of LIVE MIXING from MacDill Park along the Tampa Riverwalk. The Street Laced team was located inside the AT&T Social Village on Friday night (starting at 5pm) and held down the party vibes until Sunday night at 11pm! WOW! Not even the cold temps could keep our crew from keeping things HOT as we created a “Party Zone” for fans, complete with mobile DJ unit, life-sized Connect 4, Jenga and Cornhole. It was definitely the place to be as Curtis Hixon Park, just north of the SL team, was almost at capacity many times throughout the weekend as part of AT&T Playoff Playlist LIVE, so the overflow came down to MacDill Park to party with us!

Street Laced Vice President, Greg Wolf, was the Master of Ceremonies for the Championship Beach Bash at Pier 60 Clearwater Beach, powered by Visit St. Pete/Clearwater. He brought DJ Jake Dela Cruz with to power the Kids Zone at the bash, which featured a slew of celebs for the Flag-Football game including many ESPN hosts and anchors, former NFL players like Takeo Spikes and Anthony Becht, MLB guys like Jimmy Rollins, Toby Hall & Ryan Howard, comedian Cedric The Entertainer, Good Morning America Host and former Florida Gators QB, Jesse Palmer and more! Not only was it entertaining, but it was pretty comical to hear Greg, Cedric and Jesse do the play-by-play!

Both the Alabama Million Dollar Band and Clemson Tiger Marching Band, along with their cheer squads and mascots put on an amazing show on the beach for fans and locals alike! It was another fantastic event surrounding the College Football Playoff festivities.

We cannot thank the Tampa Bay Sports Commission enough for another stellar, MAJOR sporting event in the city of Tampa and they surely did a fantastic job with EVERYTHING. Look for Street Laced to be back involved with another BIG one this Summer! DETAILS SOON!

Here’s some of the shots from this past weekend: 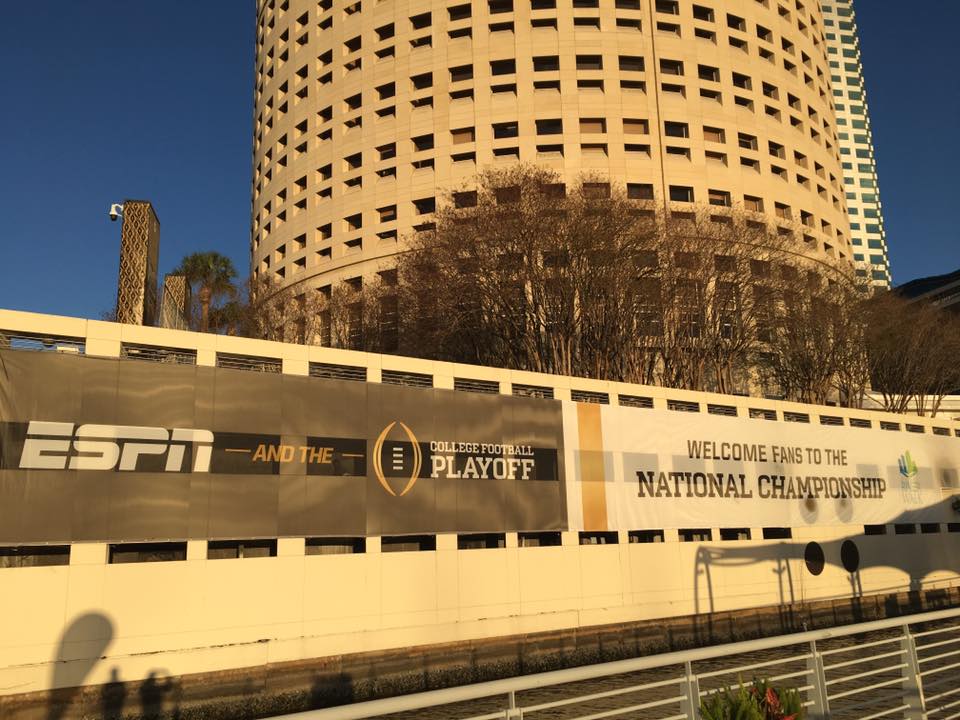 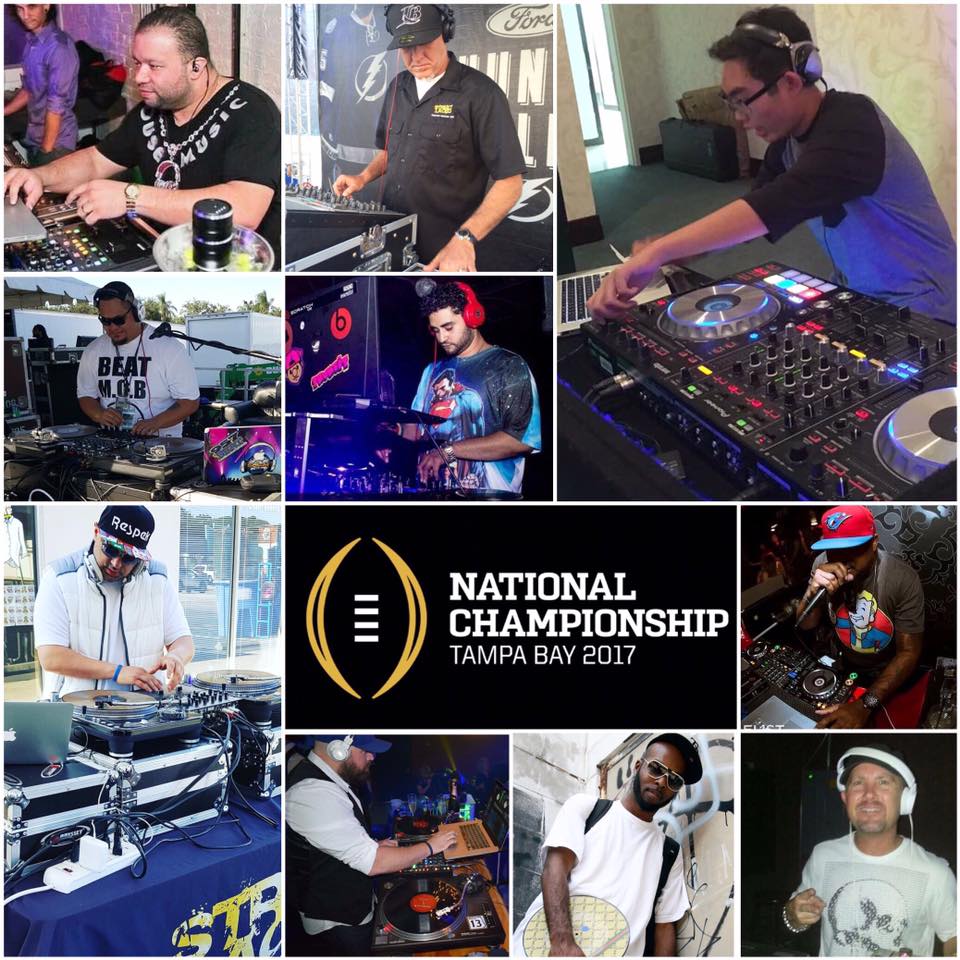 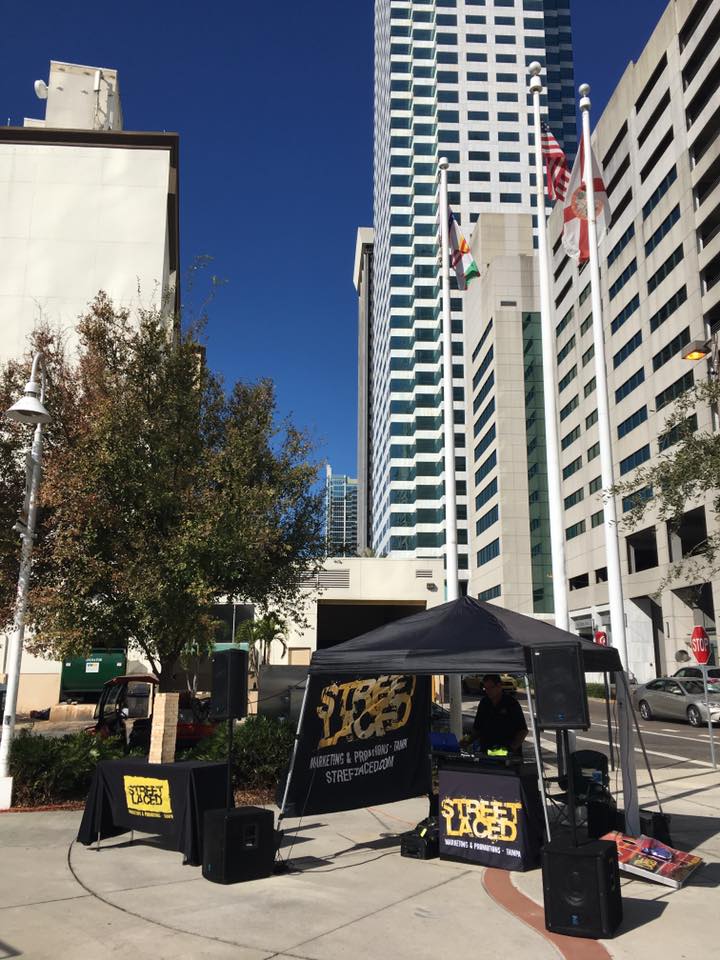 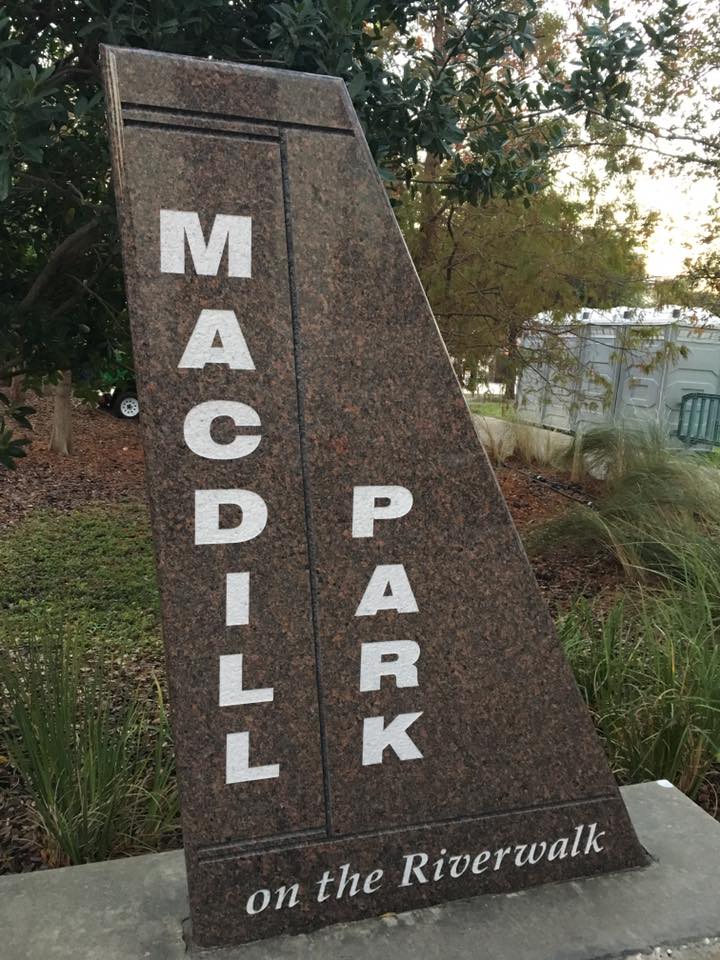 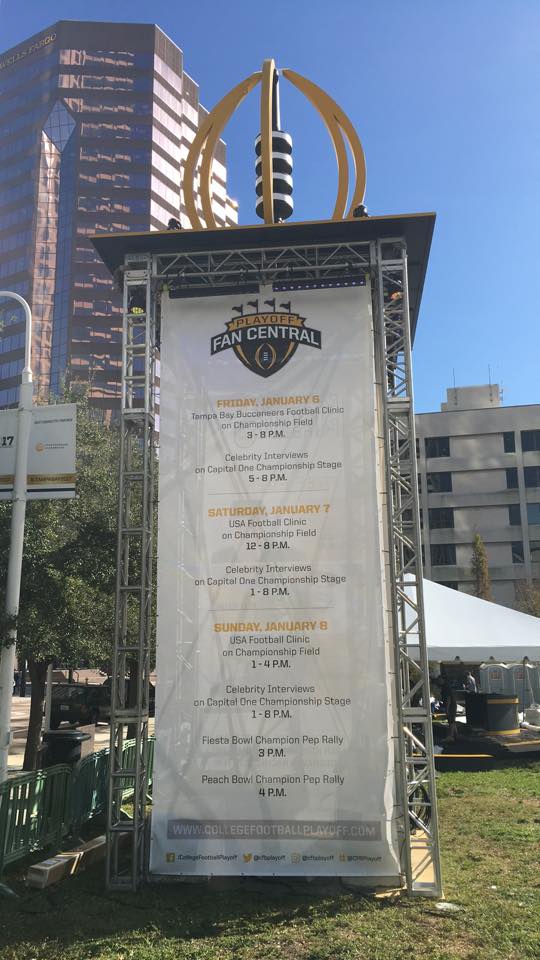 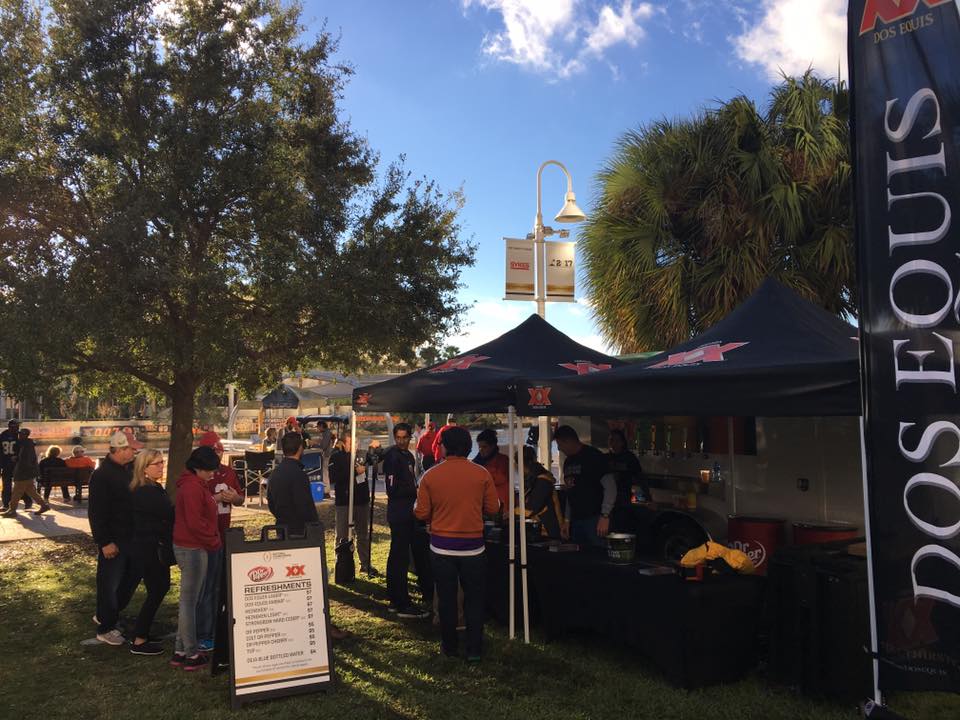 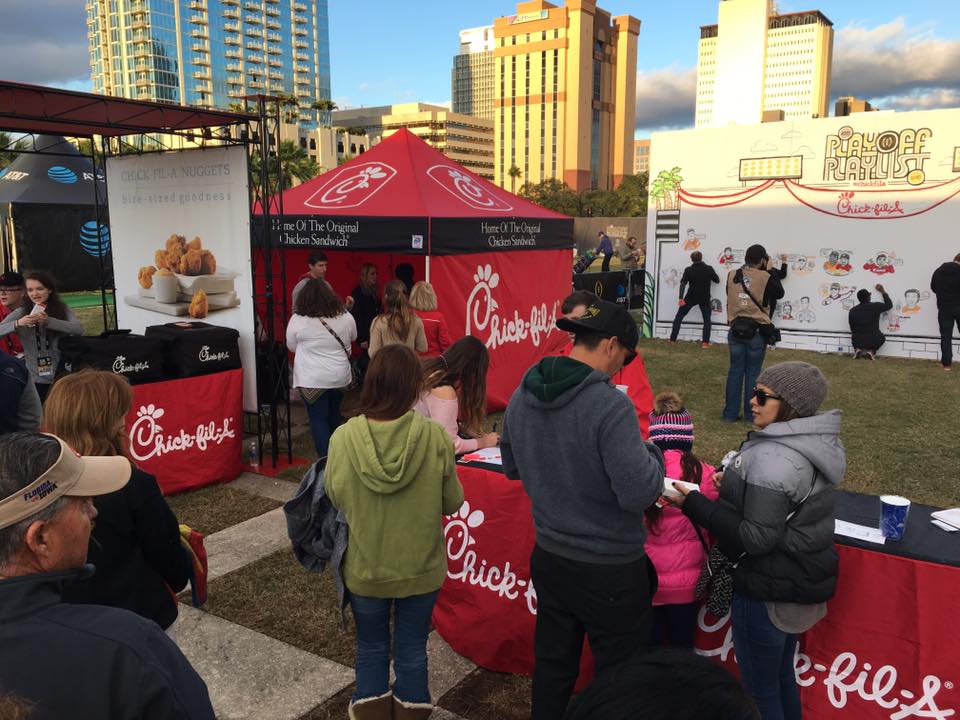 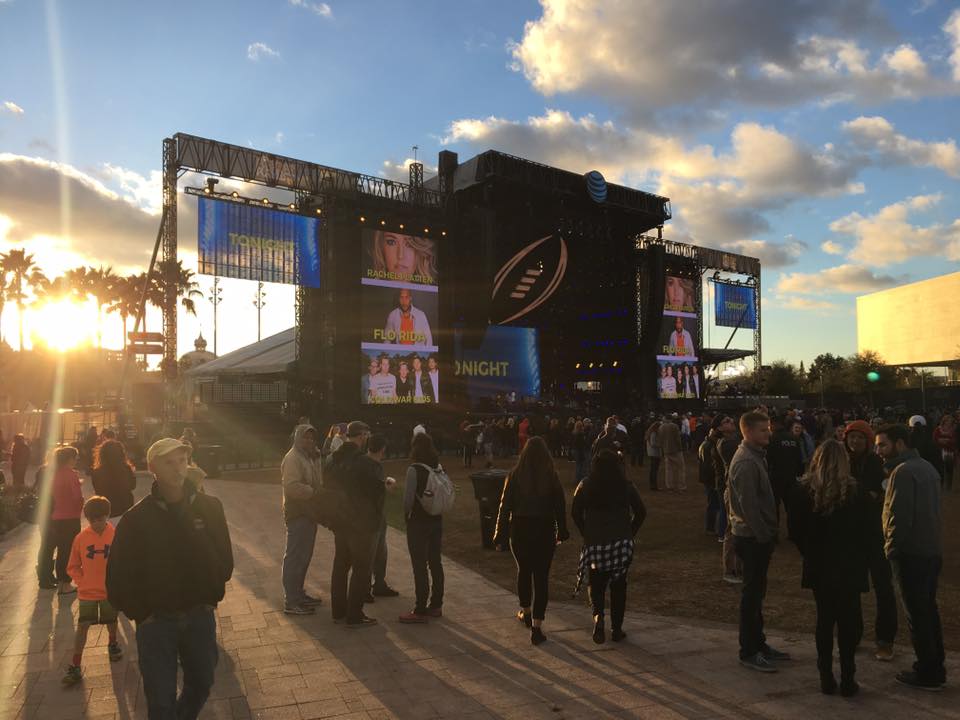 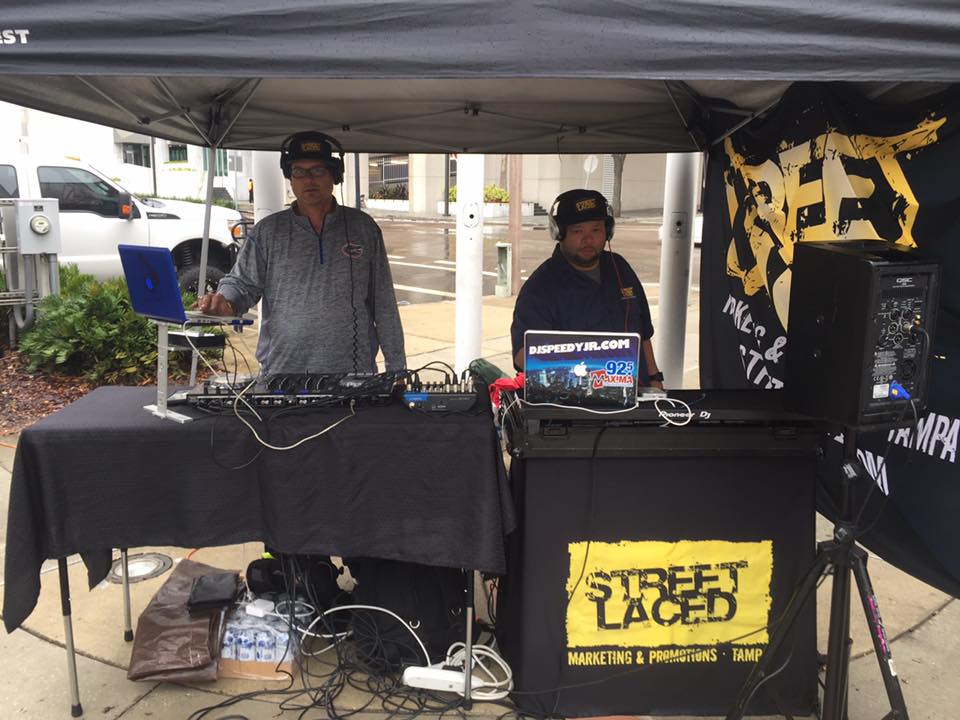 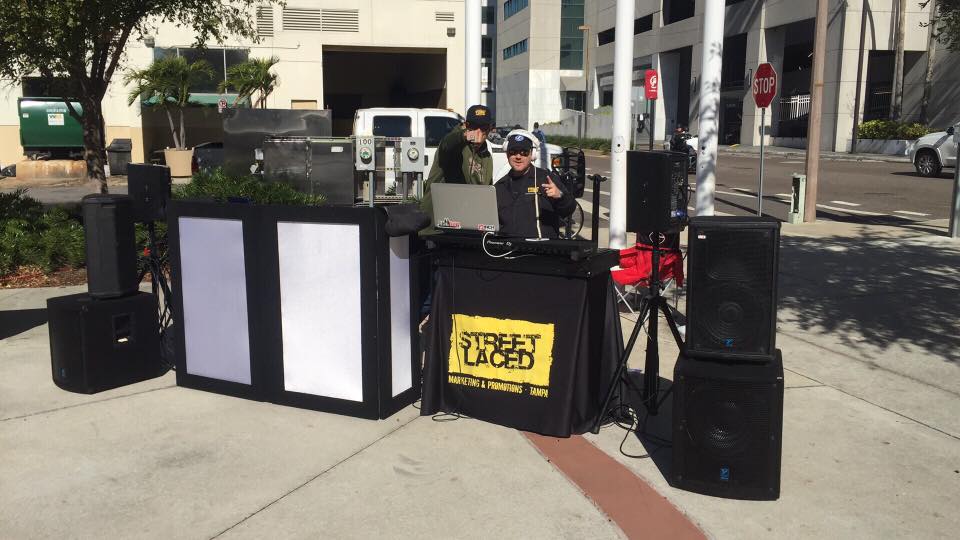 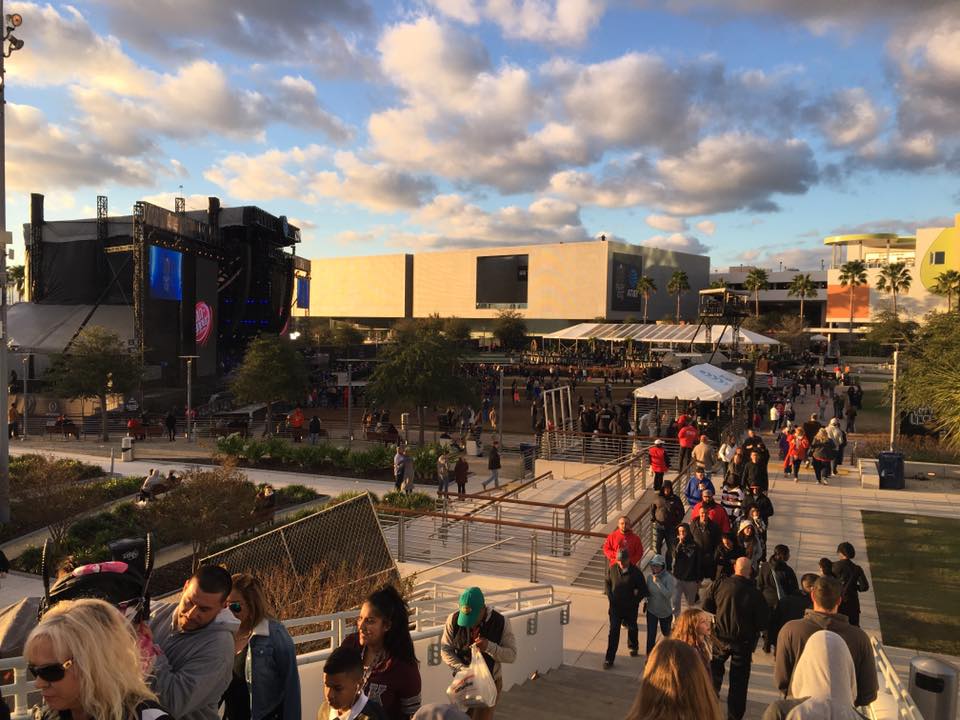 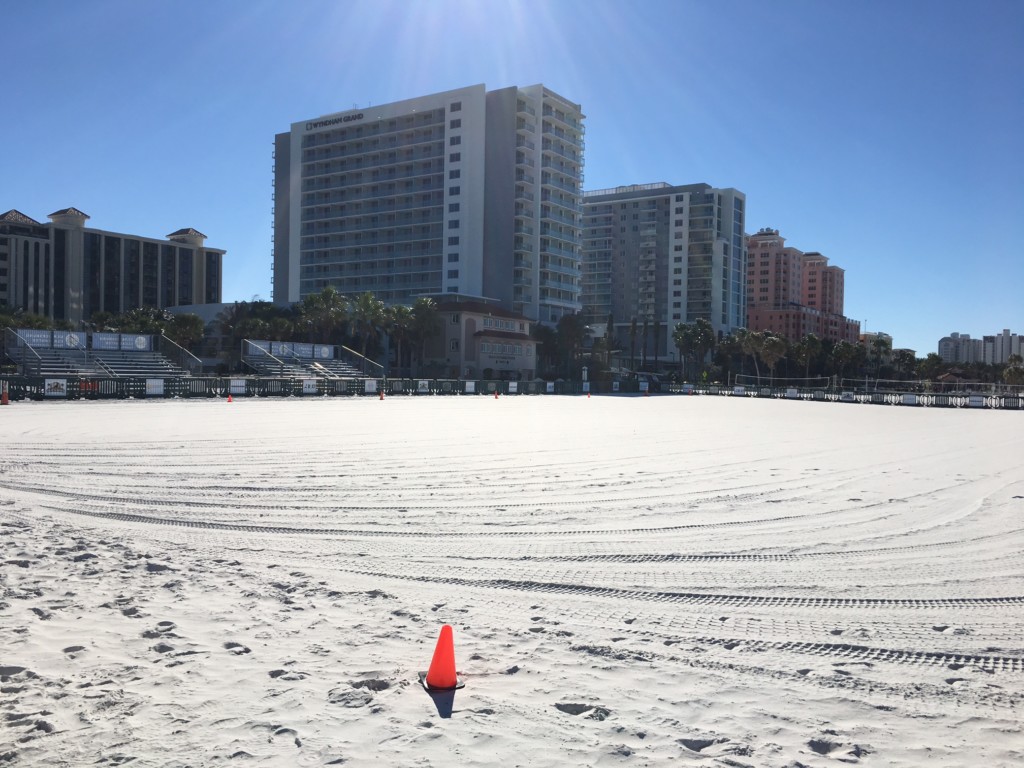 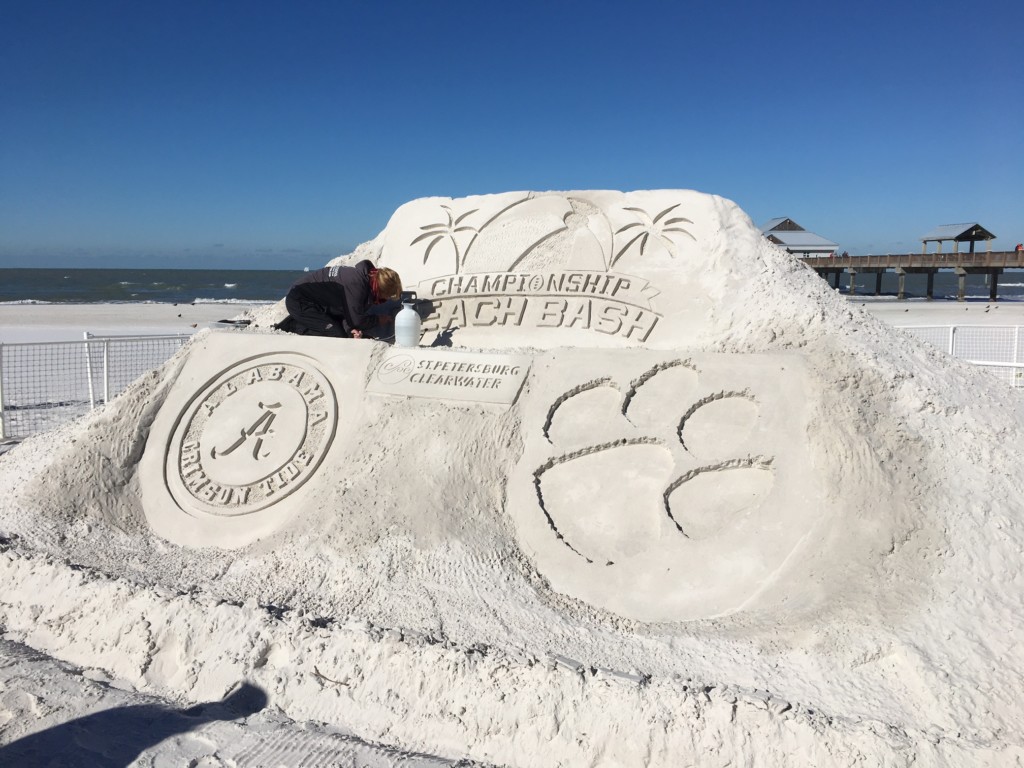 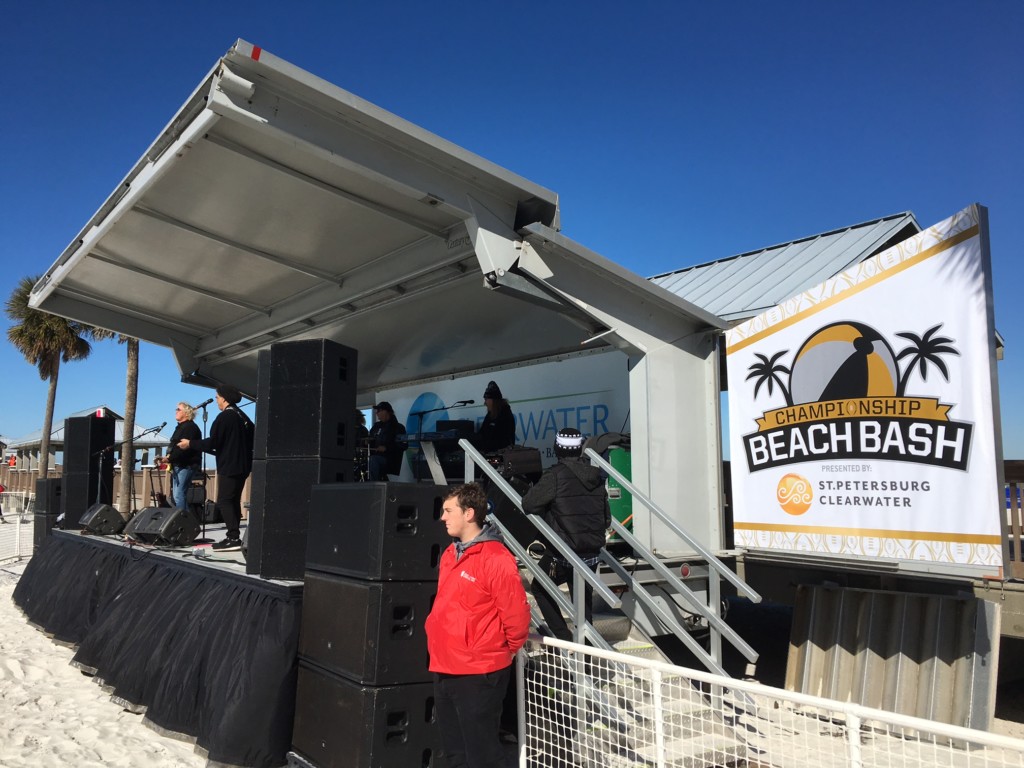 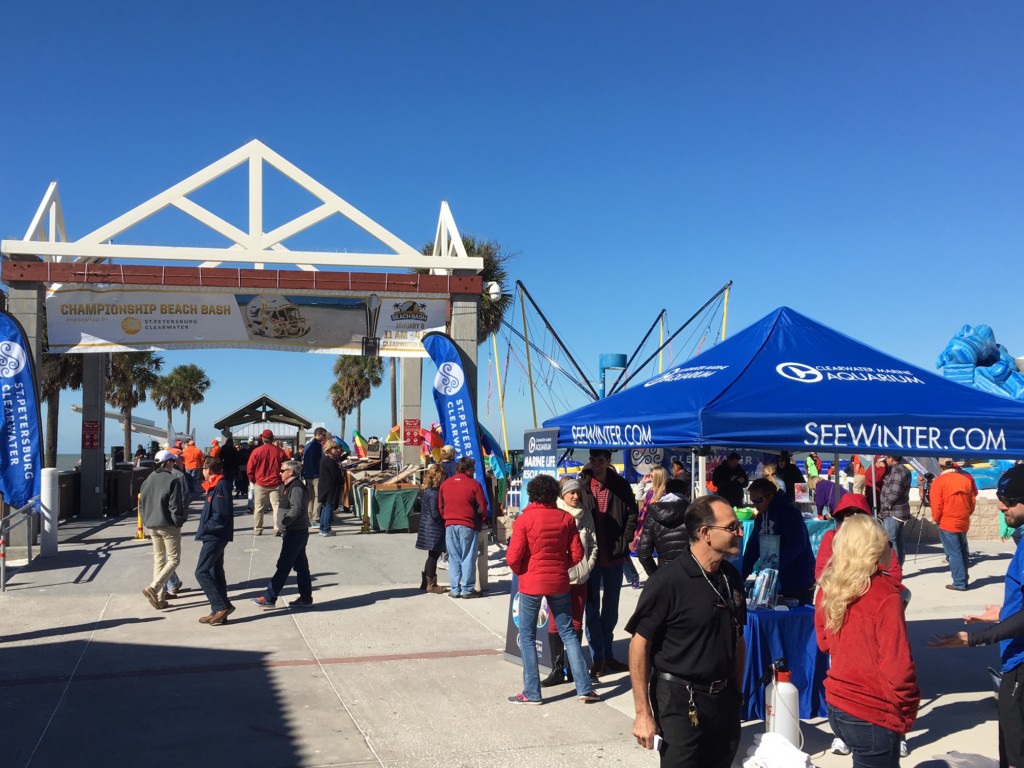 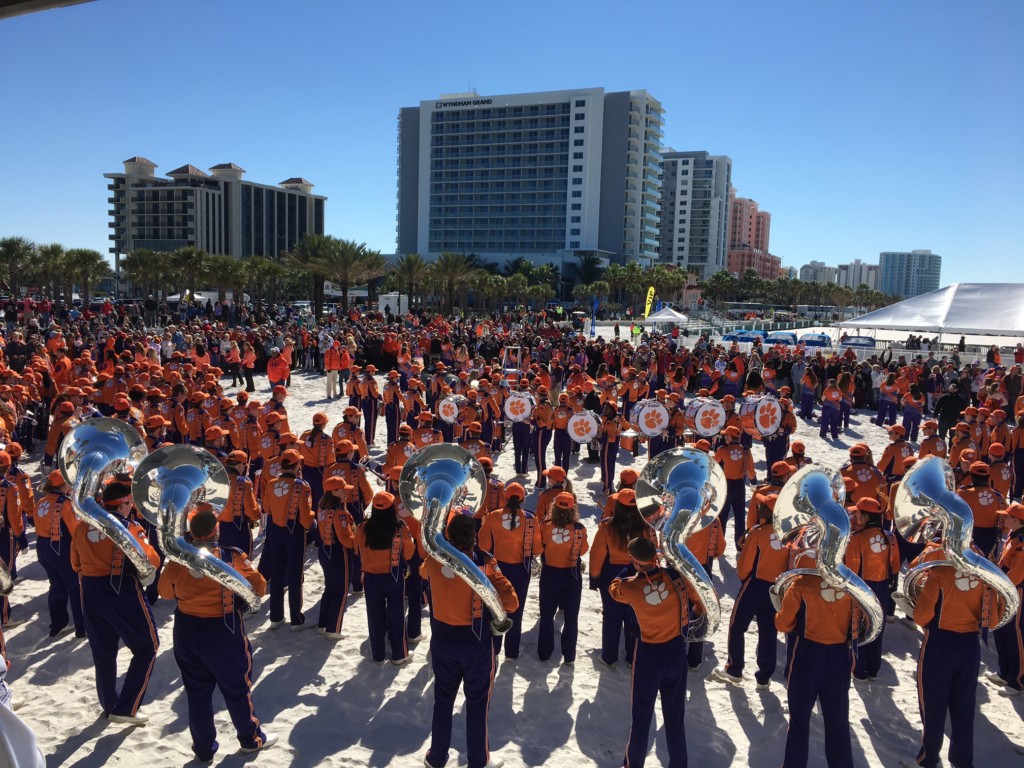 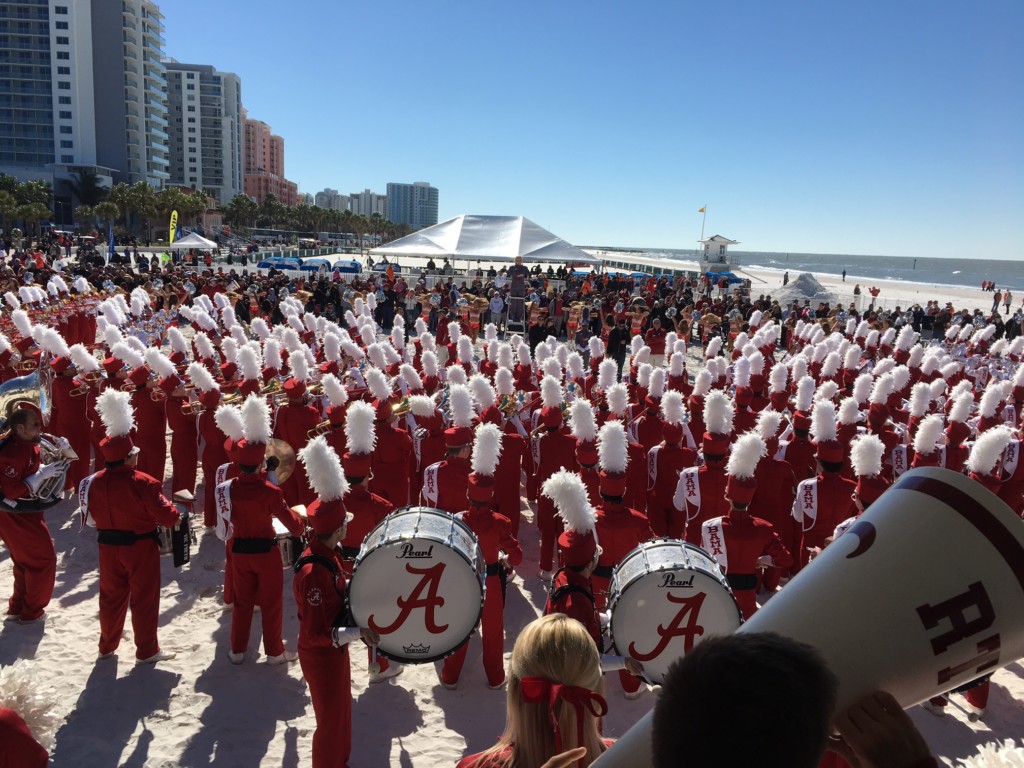 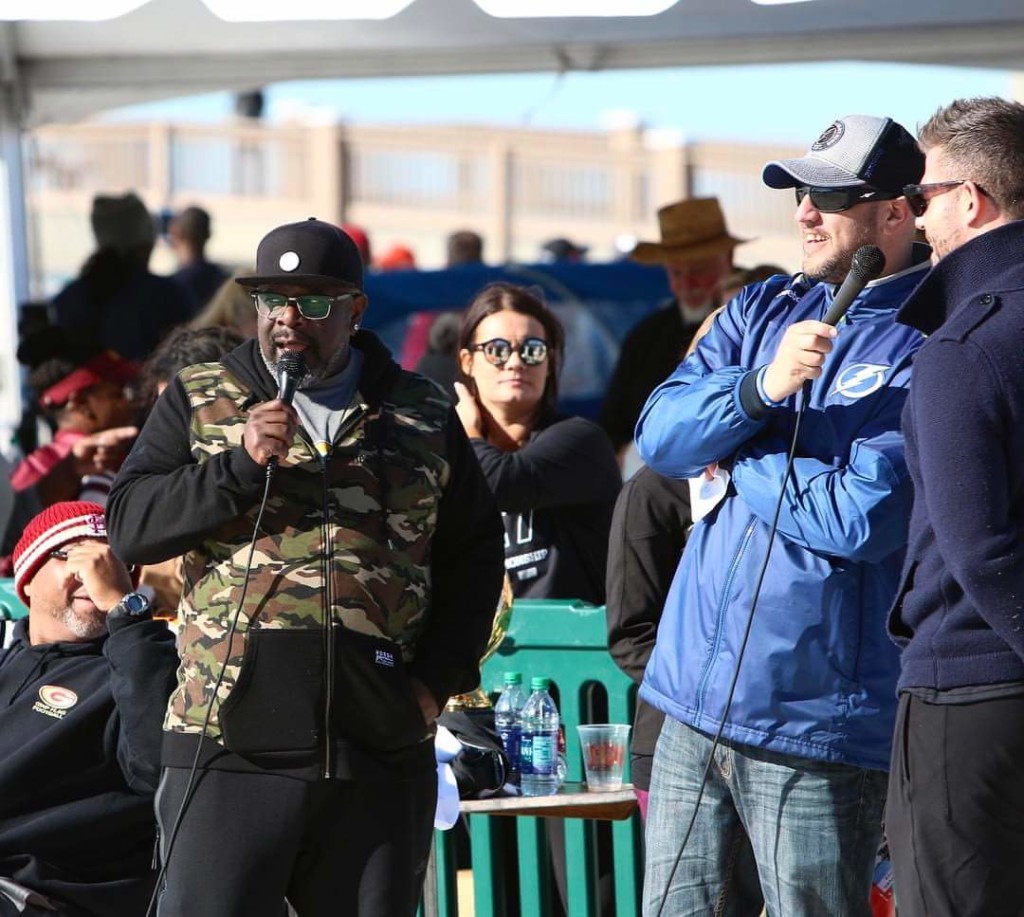 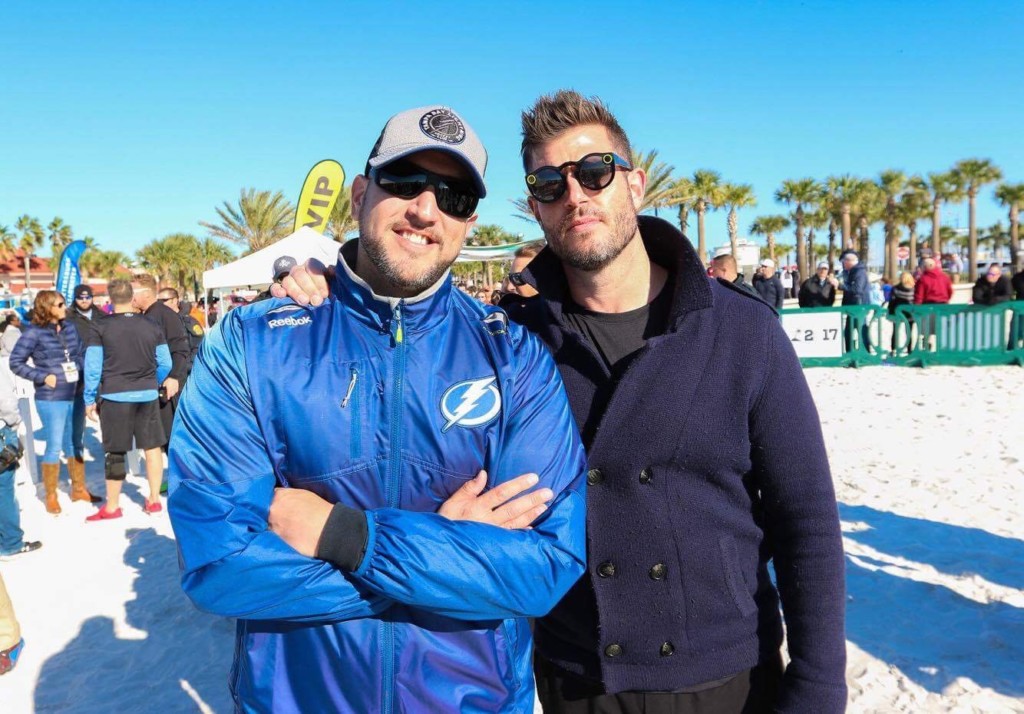 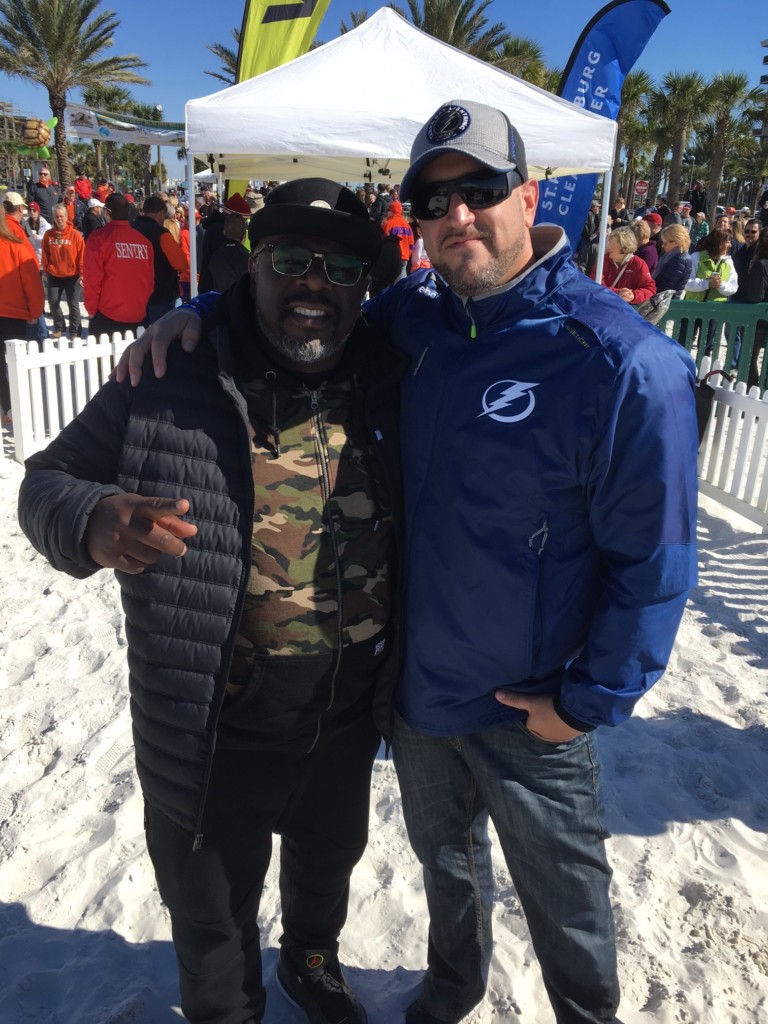